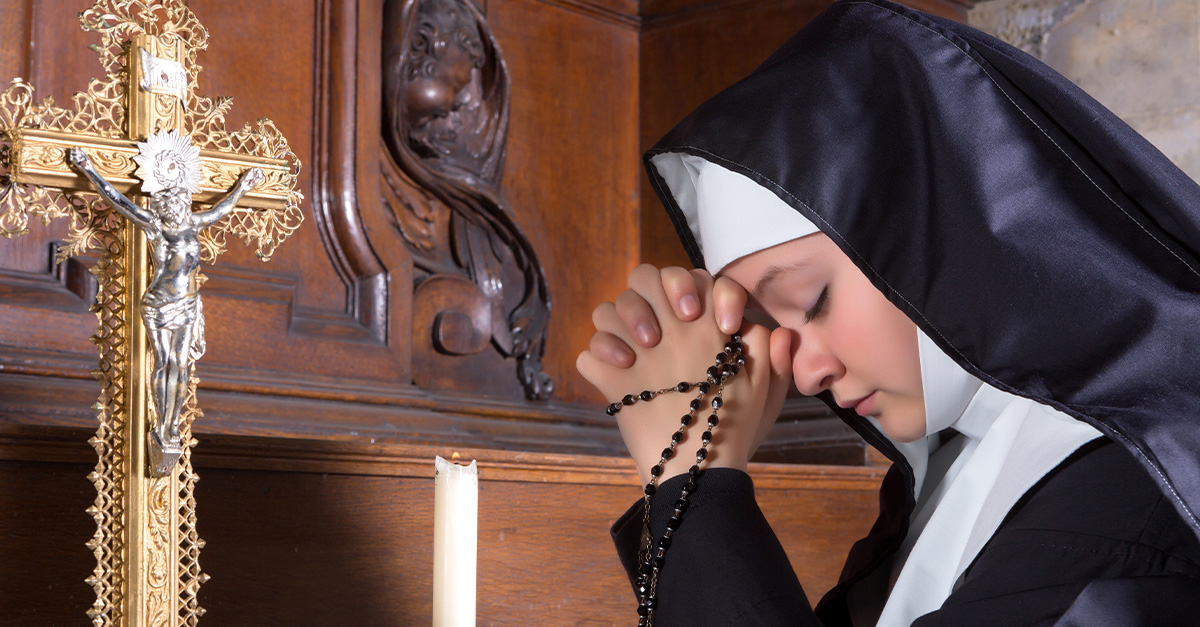 The Obama-Biden administration famously battled with nuns for simply wanting to remain true to their religious convictions, but now President Biden is repeating history by attempting to force nuns and other religious objectors to pay for and perform transgender operations against their beliefs.

The Obama administration angered many in 2011 with its Obamacare mandate that forced religious groups, like the Little Sisters of the Poor, to provide contraceptives against their sincerely held religious beliefs. Unable to receive an exemption, the Catholic nun order was forced to file suit, costing their charity millions of dollars.

In 2016, the Supreme Court ruled in favor of the Little Sisters and removed lower court fines, and again in 2020, the Court upheld religious exemptions for the nuns.

Nonetheless, in 2016, the Obama administration crafted another Obamacare mandate that required all medical professionals and organizations to perform transgender surgeries, even those affiliated with religious institutions. Nine state attorneys general, over 19,000 healthcare professionals, and several religious organizations filed suit.

One of those groups was the Religious Sisters of Mercy, an order of nuns who served as the lead plaintiff for a large group of Catholic organizations in a suit against the U.S. Department of Health and Human Services.

In mid-April, the Biden administration appealed this ruling to the Eighth Circuit Court of Appeals, once again pitting Biden and Xavier Becerra, his recently confirmed HHS secretary, against nuns.

Luke Goodrich, senior counsel for the Becket Fund for Religious Liberty, which represents the nuns and the other plaintiffs, said in a series of tweets:

“The Biden Admin says it can punish doctors and hospitals for ‘sex discrimination’ unless they perform controversial gender-transition procedures…. The Transgender Mandate not only threatens religious doctors and hospitals. It also threatens patients, as there is ample evidence that certain gender transition procedures can be deeply harmful….The Biden Admin shouldn’t have appealed. But we look forward to another ruling that protects patients, aligns with current medical research, and ensures doctors aren’t forced to violate their religious beliefs and professional medical judgment.”

In fact, this appeal was filed just days after a Fifth Circuit panel ruled on an earlier appeal by the Biden administration over a ruling by the U.S. District Court for the Northern District of Texas, Wichita Falls Division.

In this case, Franciscan Alliance v. Xavier Becerra, the District Court also granted an injunction blocking the transgender mandate. The judges found that “the Rule imposes a substantial burden on Private Plaintiffs’ religious exercise” and concluded that “Private Plaintiffs’ refusal to perform, refer for, or cover transitions or abortions is a sincere religious exercise.”

However, the District Court did not give the plaintiffs the full protection from the 2016 mandate that they had sought, a major concern because the legal landscape has changed significantly in recent years. Most notably, the Supreme Court interpreted in its ruling in Bostock v. Clayton County that gender identity could be included in “sexual discrimination” cases under Title VII, the section of the Civil Rights Act of 1964 prohibiting employment discrimination based on race, color, religion, sex, or national origin.

President Biden has since issued an executive order declaring that his administration will apply Bostock’s interpretation of Title VII to other statutes prohibiting sex discrimination. Already, the Department of Justice has specifically instructed federal agencies to apply Bostock’s definition to Title IX, which covers sexual discrimination at public education institutions.

On April 15, the Fifth Circuit judges gave the plaintiffs a chance to gain permanent protection from the 2016 mandate when it remanded the case back to the District Court, although it did not rule on the merits of the case. In doing so, the judges noted the plaintiffs’ concern that they “still suffer a substantial threat of irreparable harm under the 2016 rule, and that the subsequent developments have only made it clear that an injunction should have been granted in the first place.”

By appealing these cases, the Biden administration is once again putting into practice its belief that transgender rights are superior to the inalienable rights of religious liberty and freedom of conscience guaranteed in the First Amendment.

President Biden and his team display a marked and ongoing hostility towards religious organizations, most notably nuns, and an unwillingness to carve out religious and conscience exemptions when implementing policy.

As an example, Biden, who is Catholic and has claimed to be inspired by nuns, called the Supreme Court’s 2020 ruling in favor of the Little Sisters “disappointing.” He added that the decision “will make it easier for the Trump-Pence Administration to continue to strip health care from women — attempting to carve out broad exemptions to the Affordable Care Act’s commitment to giving all women free access to recommended contraception.”

Becerra also has a history of opposing the religious rights of nuns and other religious organizations. While serving as Attorney General of California, he sued the Trump administration in an attempt to reimpose the Obamacare mandate that the Little Sisters of the Poor had fought. The lawsuit is being considered by the Ninth Circuit Court of Appeals and despite Becerra’s protestation that he “never sued any nuns,” he is listed as counsel in the suit.

George Washington said, “Every man, conducting himself as a good citizen, and being accountable to God alone for his religious opinions, ought to be protected in worshipping the Deity according to the dictates of his own conscience.”

It is safe to say that nuns conduct themselves as good citizens, yet Democratic politicians continue to insist on denying them the right to serve God according to their conscience. The First Amendment protects the free exercise of religion.

There is no constitutional amendment that says the government has the right to force someone to violate their religious beliefs and pay for or perform someone’s transgender surgery.

Not only should religious convictions be protected, so should the rights of doctors and other providers not to violate their conscience and their Hippocratic Oath by being forced to perform harmful operations that irreparably damage and alter functioning bodies.

If our nation is to live up to its promise of a free society, citizens must be free to act on their rights of freedom of religion and freedom of conscience, as these are the most basic and foundational of all other rights.