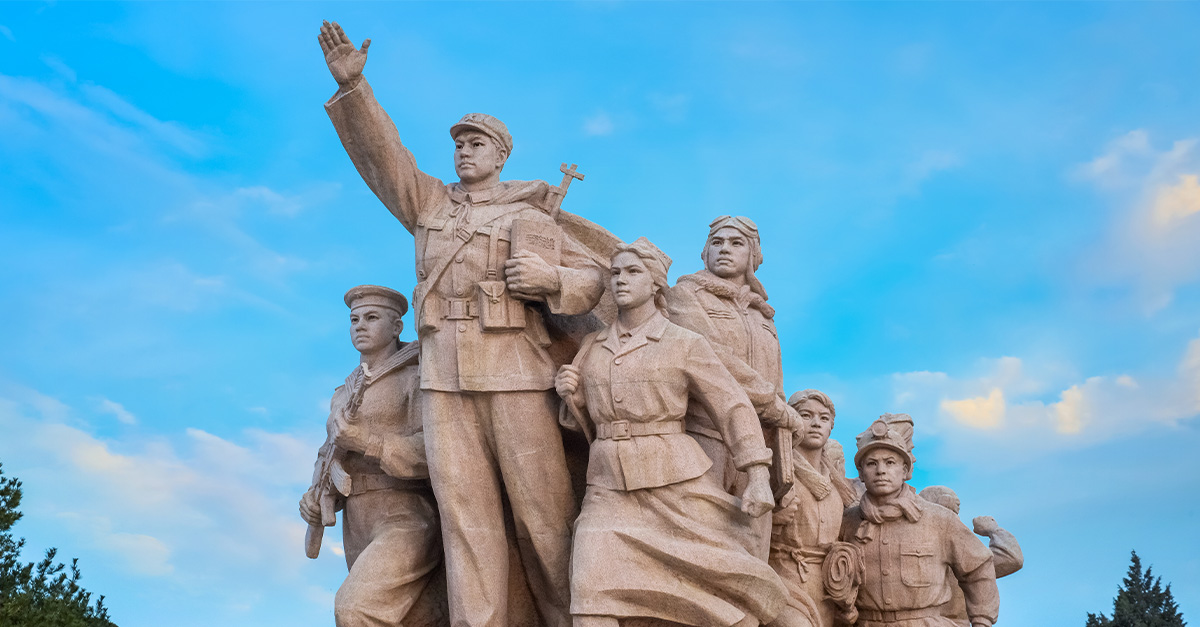 With the Biden administration failing to limit Chinese influence within the American education system, state governments, the U.S. Senate, and other entities are stepping up, the most recent example being Tennessee, which is advancing a bill that will fully ban Confucius Institutes (CI) from public universities.

Confucius Institutes is a Chinese state-sponsored propaganda program that masquerades as a language and cultural exchange curriculum within U.S. educational institutions.

According to the U.S. State Department, CI also uses its influence to police school rhetoric and education about China and politically sensitive topics. As an example, in 2018, CI officials pressed a university in Georgia to censor a speaker’s biography because of her experience working as a journalist in Taiwan, a very sensitive subject to China.

When President Joe Biden took office in January 2021, his administration scrapped a then-pending Trump-era executive order that would have required 500 K-12 schools and 56 colleges in the U.S. to disclose their financial ties to CI.

In response, a number of government and education entities are taking steps to try to limit or outright ban CCP activities within American academic institutions. For example, Tennessee will become the first state to require public universities to fully sever their ties with CI, rather than simply disclose them, as the Trump order had called for.

Republican Gov. Bill Lee said it was the failure of the federal government to curb foreign influence that spurred him to take matters into his own hands.

“The Biden administration has rolled back the transparency that was put in place by the Trump administration, so we want to take care of that at the state level,” he explained in an interview with the Washington Free Beacon.

The Beacon noted that the Volunteer State is already leading the nation in an effort to shut down Confucius Institute. The state’s public universities —the University of Tennessee, Middle Tennessee University, and the University of Memphis — received $2.5 million from the CCP-backed program and its affiliates but are now in the process of shutting it down. Lee’s bill would provide further safeguards to prevent CI from making any future foothold in the state.

Tennessee isn’t alone. Earlier this month, the U.S. Senate unanimously passed a bill that would require schools to retain full control over CI’s operation on their campus. It would also protect full academic freedom and prohibit foreign laws from being applied on campus.

“Confucius Institutes are under the control of the Chinese Communist Party in all but name. They are propaganda centers that threaten academic liberty and free speech without shame, and too many American schools are falling victim to the political con every day,” said the bill’s sponsor Sen John Kennedy, R-La.  “This bill would give colleges and universities full control over their resident Confucius Institutes and restore freedom of thought on their campuses.”

The Senate passed the same bill unanimously in June 2020, but House Speaker Nancy Pelosi, D-Calif., wouldn’t allow a floor vote. It is not known when or if the latest Senate iteration will be put on the agenda in the House this year.

Academic freedom has been a growing bipartisan concern surrounding CI and their activities on American college campuses.

In May of last year, the College Republican National Committee and the College Democrats of America penned a joint letter calling for the “immediate and permanent closure” of CI because of “concerns over the present state of academic freedom” and “the continued exploitation of liberal, democratic academic institutions by authoritarians.”

On March 22, Bryan University announced that school officials had decided to not seek new funding when the contract for its Confucius Institutes expires after 15 years of operation. “The university will evaluate changes that are taking place in China regarding U.S.-China Relations before making any future commitment,” wrote Ross Gittell, the school’s president, while noting that Bryan will continue its partnership with the Beijing Institute of Technology Zhuhai in Guangdong Province, where it offers a joint U.S.-China undergraduate business degree program.

Tufts University, meanwhile, was forced to close CI on their campus after a vocal protest by student groups who perceived it as a threat to academic freedom, as well as by local Taiwanese, Uighur, Tibetan, and Hong Konger citizens with incredibly sympathetic objections to CCP-backed educational institutions operating on campus.

Nonetheless, the Beacon noted, while the closure marked a “hard-fought victory for the activists and students, Tufts reaffirmed its commitment to cooperating with China through other programs. The university maintains strong ties with Beijing Normal University, a school under the oversight of the Chinese Communist Party.”

This may soon be a familiar story. As it happens, CI isn’t the only CCP-backed effort to make connections with American universities.

Reporter Rachelle Peterson told Fox News last week that CI has initiated a series of subtle name changes to its headquarters and programs, while the entity that provides the funding for the controversial program, the Hanban, is also funneling money to universities even after CI programs have been closed down. She pointed to the University of Michigan as one such example.

Yet another report from the Beacon details how several Ivy League colleges, including Harvard and Yale, are working in partnership with Chinese universities that conduct research for the People’s Liberation Army, i.e., the Chinese military.

Three universities working with Harvard’s T.H. Chan School of Public Health have developed technologies for the Chinese nuclear program and, in fact, have ties to Chinese cyber espionage efforts.

To say the CCP’s influence on our academic institutions is a serious national security crisis is a laughable understatement.

“National security is a state issue as well,” Lee explained of his concerns for Tennessee. “It’s increasingly a state issue when the federal government is not keeping a strong defense.”

The governor says he also has plans for amendments to his legislation that would cover all iterations of CI programs.

He’s not the only state official who feels this way.

Florida Gov. Rob DeSantis called for sweeping legislation to curb CCP theft of intellectual property in the state, including requirements for universities to disclose all financial ties not only to China but to other “countries of concern,” such as Iran, Venezuela, and Russia.

State legislatures in Texas and Utah are debating bills this week that also seek to shut down CI programs, while four other states are considering bills that also more broadly address influence in public universities from not only CI but any “communist regimes” or “the government of China.”

It is heartening to see that there is bipartisan support for pushing back against CI’s influence in American academic institutions as national security should never be a partisan issue.

Academic freedom is one of the cornerstones of a free society, but how can we possibly protect academic freedom from unconstitutional infringements by our own federal government if we do little to protect it from foreign governments?

The Chinese Communist Party’s agenda when it comes to academics is inseparable from Beijing’s broader quest for global domination, and this agenda simply cannot coexist with the preservation of our own free society.

As the federal government continues to fail to properly protect our schools from this concerning threat, it is up to the states and individual schools to do what they can to curb foreign influence and preserve academic freedom.