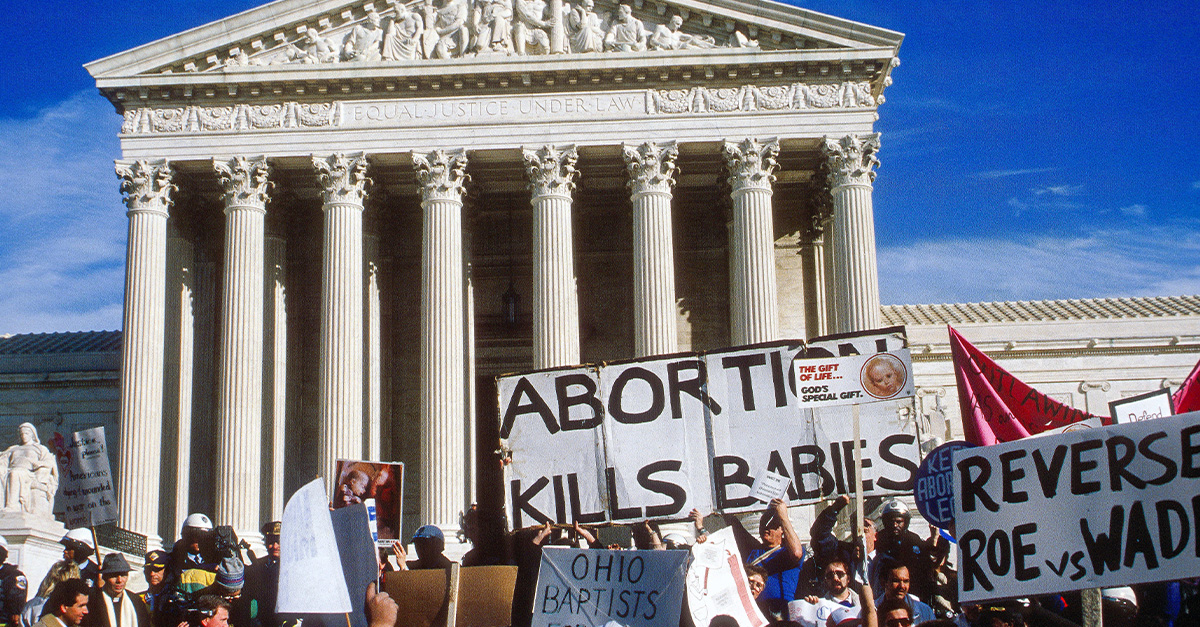 Arkansas has passed a law that bans nearly all abortions and, in doing so, calls on the Supreme Court to reevaluate its past decisions enabling legalized abortion, calling them “crimes against humanity.”

Many states, including Arkansas, have passed legislation to protect the life of the unborn but have routinely been thwarted by courts, who cite Supreme Court precedent in cases such as Roe v. Wade and Planned Parenthood v. Casey. A new Arkansas law directly calls on the Supreme Court to reexamine those decisions.

The text of the legislation refers to past egregious mistakes made by the Supreme Court, including the decisions in Dred Scott v. Sandford, which denied citizenship to many African-Americans, and Plessy v. Ferguson, in which the Court ruled that the doctrine of “separate but equal” was constitutional, in effect legalizing racial segregation.

The law also cites Brown v. Board of Education, a ruling made over 50 years after Plessy v. Ferguson in which the Court addressed and corrected its past mistake by finding that “separate but equal” was unconstitutional. The text refers to both the Dred Scott and Plessy decisions as “crimes against humanity” and claims that the Court’s decisions in abortion cases rise to that level as well.

The law describes the compilation of pro-abortion decisions, most notably Roe v. Wade, Doe v. Bolton, and Planned Parenthood v. Casey, as a “grave injustice.” The text states, “a crime against humanity occurs when a government withdraws legal protection from a class of human beings, resulting in severe deprivation of their rights, up to and including death.”

The law claims that these decisions meet the test for when a case should be overturned because of the following:

The law not only bans most abortions but also allows for a penalty of 10 years in prison or a $100,000 fine for anyone found guilty of performing an illegal abortion.

Upon signing the bill, Hutchinson released a statement, saying,

“SB6 is a pro-life bill that prohibits abortion in all cases except to save the life of the mother in a medical emergency. It does not include exceptions for rape and incest. I will sign SB6 because of overwhelming legislative support and my sincere and long-held pro-life convictions. SB6 is in contradiction of binding precedents of the U.S. Supreme Court, but it is the intent of the legislation to set the stage for the Supreme Court to overturn current case law. I would have preferred the legislation to include the exceptions for rape and incest, which has been my consistent view, and such exceptions would increase the chances for a review by the U.S. Supreme Court.”

Not surprisingly, groups that support abortion, such as the American Civil Liberties Union (ACLU), oppose the law. Holly Dickson, executive director of the ACLU of Arkansas, said, “This extreme abortion ban is cruel and unconstitutional, and it will have accomplished nothing but cause stress for patients while ignoring the pressing challenges Arkansans face.”

According to the pro-abortion Guttmacher Institute, 384 pro-life provisions have been introduced in 43 states through February. The group warns against the “danger” posed by the actions of states.

Dickson’s claim that Arkansas’s law is “cruel” is hypocritical as the law would prevent the killing of unborn children, which, of course, the ACLU supports. Her claim that the law is unconstitutional is echoed by the law itself. The idea here is to challenge existing case law.

The Guttmacher Institute’s data should be telling to abortion supporters and to the Supreme Court. Americans in these states do not want unfettered abortion access yet have been forced to allow the practice since 1973.

Flawed Supreme Court decisions have required states that believe abortion is murder to allow it. It is unfathomable that a decision by a small group of justices can completely eliminate the idea of states’ rights. Arkansas has done the correct and courageous thing in challenging previous Court decisions as the Court is not infallible.

For many years, pro-life states have sought to limit abortion which was forced on them by the Supreme Court. Given the large number of state laws that have passed that restrict abortion and remain in limbo, perhaps it is time for the Supreme Court to reexamine its decisions.

We know that Supreme Court justices acting unilaterally and extra-judicially can and have gotten it wrong before and with tragic consequences. The decision in the Dred Scott case denying a former slave his humanity emboldened the slavery movement and helped lead the country to Civil War, while Jim Crow laws and the humility, persecution, and injustice they unleashed on African Americans persisted for decades due to the Plessy v. Ferguson opinion held by seven justices. Roe v. Wade, a decision also made by just seven men, has led to the deaths of more than 60 million unborn children in this country, children who could have potentially grown up to become doctors or diplomats or parents or even a Supreme Court justice.

Roe v. Wade is a crime against humanity and, as such, it should be overturned — and the deciding authority on this great moral issue turned back to the states. If a state’s voters believe that abortion ends a human life, then they should have the right to place any restriction on the practice that they see fit.