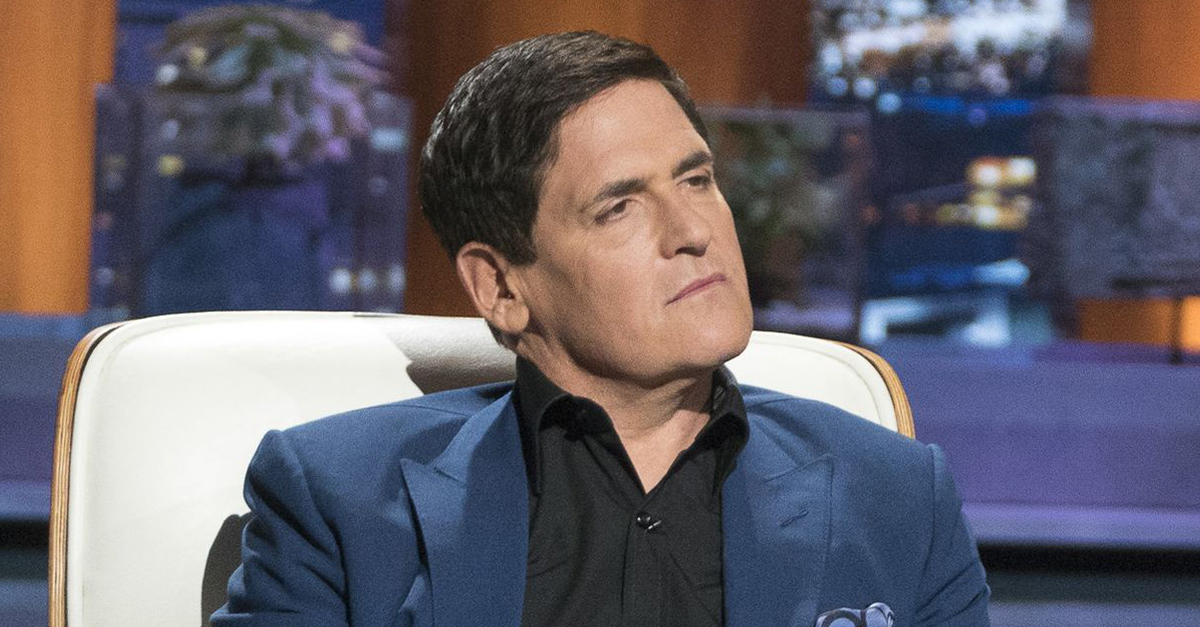 Dallas Mavericks owner Mark Cuban recently announced that he was no longer going to play the national anthem at his team’s home games, although after a major backlash, the NBA decided to override that decision.

Cuban’s desire to cancel the national anthem, however, is fully in keeping with the fact that the NBA has “gone woke” in recent years,

In June, Cuban said that if his players took a knee during the national anthem, he hoped to join them. “If they were taking a knee and they were being respectful, I’d be proud of them. Hopefully, I’d join them.” He added,

“Whether it’s holding their arm up in the air, whether it’s taking a knee, whatever it is, I don’t think this is an issue of respect or disrespect to the flag or to the anthem or to our country. I think this is more a reflection of our players’ commitment to this country and the fact that it’s so important to them that they’re willing to say what’s in their heart and do what they think is right.”

Evidently, Cuban and his team’s commitment to America involves no longer playing the national anthem.

Cuban was critical of those who opposed the anthem protests, saying, “National anthem police are out of control.” He suggested that those who are concerned about not hearing the national anthem played at Maverick games should go complain to their own bosses for not playing the anthem before work started at their workplace.

Cuban isn’t the only one downplaying the importance of playing the national anthem at sporting events. New Orleans Pelicans head coach Stan Van Gundy supported Cuban’s decision, tweeting, “This should happen everywhere. If you think the anthem needs to be played before sporting events, then play it before every movie, concert, church service and the start of every work day at every business. What good reason is there to play the anthem before a game?”

What Cuban and Van Gundy are missing, however, is there is no tradition of playing the national anthem before the workday at every business, but there is a tradition in sports. Americans have long connected sports with patriotism and seen sports as a unifying medium. The tradition can be traced back to the 1918 World Series. At the time, American troops were in France helping the Allies win World War I, and to honor their service, a band played the Star Spangled Banner, beginning the trend of having players and fans stand for the Star Spangled Banner at big games. The tradition gained even greater traction during World War II and in post-war America.

As Greg Couch at Outkick noted during the NBA’s ratings collapse last season,

Couch went on to say that if Disney suddenly pivoted to Hooter’s girls rather than costumed cartoon characters, no one would be surprised if they lost supporters.

When originally writing this story, the NBA had told Cuban that NBA teams were free to conduct pregame activities as they wished during the COVID-19 circumstances. After widespread backlash, the NBA reversed course and reiterated its rule that each team must play the national anthem before games. “With NBA teams now in the process of welcoming fans back into their arenas, all teams will play the national anthem in keeping with longstanding league policy,” the league explained in an official statement.

“We respect and always have respected the passion people have for the anthem and our country. But we also loudly hear the voices of those who feel that the anthem does not represent them. We feel that their voices need to be respected and heard, because they have not been … Our hope is that going forward people will take the same passion they have for this issue and apply the same amount of energy to listen to those who feel differently from them. Then we can move forward and have courageous conversations that move this country forward and find what unites us.”

The NBA’s social justice initiatives have rung hollow to many considering the league’s ties to China, which has locked up 1 million Uighur Muslims in internment camps, surveils and censors its citizens, and routinely jails and abuses pastors. David Whitley wrote a scathing article for the Orlando Sentinel about the NBA’s alleged hypocrisy. Whitley noted the league’s various Black Lives Matter gestures before stating,

In addition to the NBA’s abysmal handling of the Hong Kong situation, Whitley mentioned the NBA’s silence on China’s genocide of the Uighurs as well as the Chinese NBA training academies where teenagers were abused and not provided schooling. An American coach said, “Imagine you have a kid who’s 13, 14 years old, and you’ve got a grown coach who is 40 years old hitting your kid. We’re part of that. The NBA is part of that.”

Why does the NBA lambast America but kowtow to China? In a word, money. As journalist Jason Whitlock said in an interview with Fox’s Tucker Carlson, “China is their No. 1 market that the NBA is interested in. America is not the NBA’s priority — China is.”

“The NBA [is] being hijacked by foreign influence. This is what is happening to our country. I’m so glad it’s being exposed in the NBA. Because it’s an opportunity to educate the average American sports fan… so you can finally understand what this foreign influence is doing to our country. They have turned a patriotic cultural event into an anti-American protest in the NBA and, to some degree, the NFL. We’ve got to put a stop to this.”

Megyn Kelly interviewed Cuban last fall and pressed him on the NBA’s relationship with China. While Cuban condemned all human rights violations, he would not specifically condemn China’s actions. Kelly circled back to the topic and asked Cuban, “Why would the NBA take $500 million dollars plus from a country that is engaging in ethnic cleansing?”

Cuban responded, “So basically, you’re saying nobody should do business with China ever.”

“Why won’t you just answer my question?” Kelly pressed.

“Because they are a customer. They are a customer of ours,” Cuban answered. “And guess what, Megyn? I’m okay with doing business with China. And so we have to pick our battles. I wish we could solve all the world’s problems. But we can’t.”

So while the NBA can’t solve all of the world’s problems, such as genocide, it can decry the “systemic” racism in the United States — racism that is so pervasive that it has given rise to a professional sports league made up of predominantly black multi-millionaires who get to make their living playing a game while preaching to average citizens about how racist they are.

Fans seemed to be turned off by the social justice messaging because NBA ratings plummeted last season. Even the NBA Finals saw historically low ratings. The NFL has also experienced ratings drops after social justice exploits. The NFL’s opening weekend this year experienced not only a sharp ratings drop but fans booed when the Chiefs partook in a public Black Lives Matter moment of “unity.”

In all fairness, the nosedive in ratings cannot be solely attributed to the social justice embrace, particularly considering that NBA ratings have risen dramatically this season, though it would have been hard not to recover from last season’s dismal performance and many fans are locked down due to COVID-19 with not a lot of other entertainment options.

One thing is clear: Many fans are turned off by anti-American protests — whether it be Colin Kaepernick kneeling for the anthem or the NBA’s Black Lives Matter agenda. It’s hard to truly enjoy a game when you’re made to feel guilty and ashamed for something someone else may or may not have done or feelings you may or may not have.

Sports used to be the great escape for Americans. In fact, it was not only a way to get away from life’s stresses but it was also a source of unity. It gave people a common point of reference, something to banter about with fellow fans, no matter their race or gender or age or bank account or social status. You could cheer, joke, high-five, hold forth, and even argue politely with total strangers about whether a referee got the call right or who was the greatest running back of all time. And every sport is replete with great stories of camaraderie and loyalty between and among the fans and the players.

Unfortunately, as it has with every other institution and norm that offers Americans a sense of community and joy, the left has hijacked sports, turning the games into just another social justice lecture and leaving fans to self-flagellate themselves rather than simply spend time with friends, family, and even strangers for an enjoyable Sunday afternoon or Monday night or whenever a game or match happens to be played.

I don’t want to be too hard on Cuban. I’m not saying he’s an anti-American, Chinese Communist Party sympathizer. In fact, I’ve found him to be a pretty free thinker, but his decision isn’t happening in a vacuum. Maybe Cuban’s motivation is simply to take the controversy out of the game or maybe even try to depoliticize it. If so, I applaud that motivation — though not the execution. Unfortunately, by his words and actions, Cuban’s motivation seems to be protesting America. America is not a perfect place and there are certainly ways we can improve our society, but ceasing the playing of the national anthem is not really the best way to do that. Considering the anthem’s prominent place in our nation and its tradition in sports, it’s hard to see Cuban’s attempt to cancel the Star Spangled Banner as anything but unpatriotic.

But congratulations to the NBA for reversing course on this and requiring the national anthem to be played. And when the song starts at the next game, I have no doubts that the vast majority of fans will stand, place their hand over their hearts, and sing along. 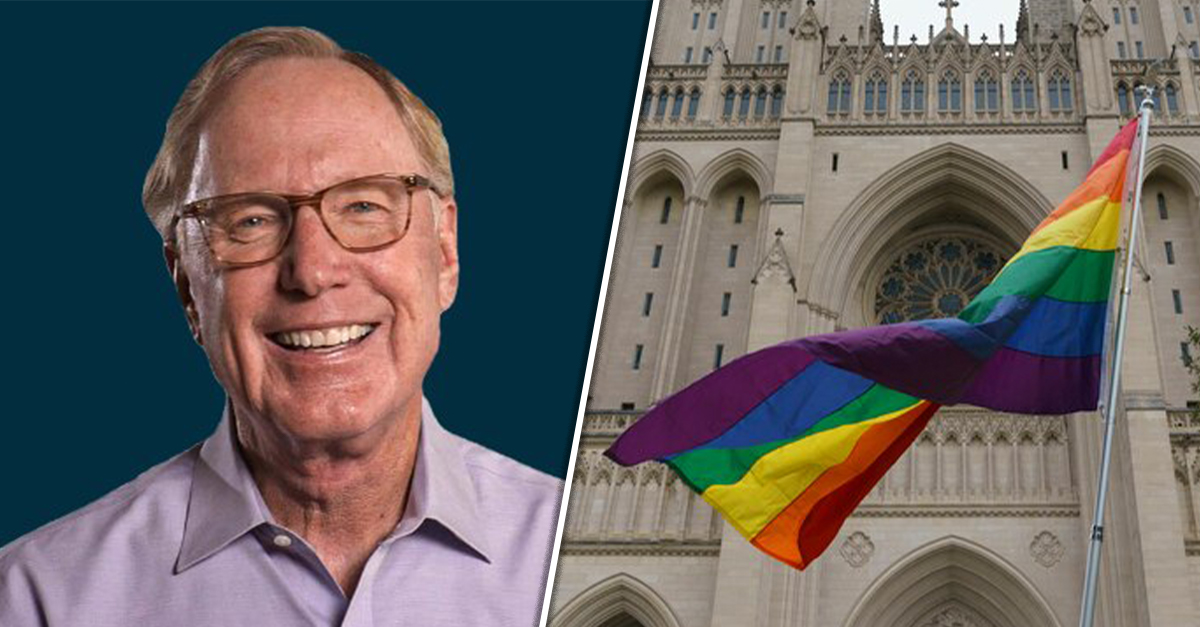