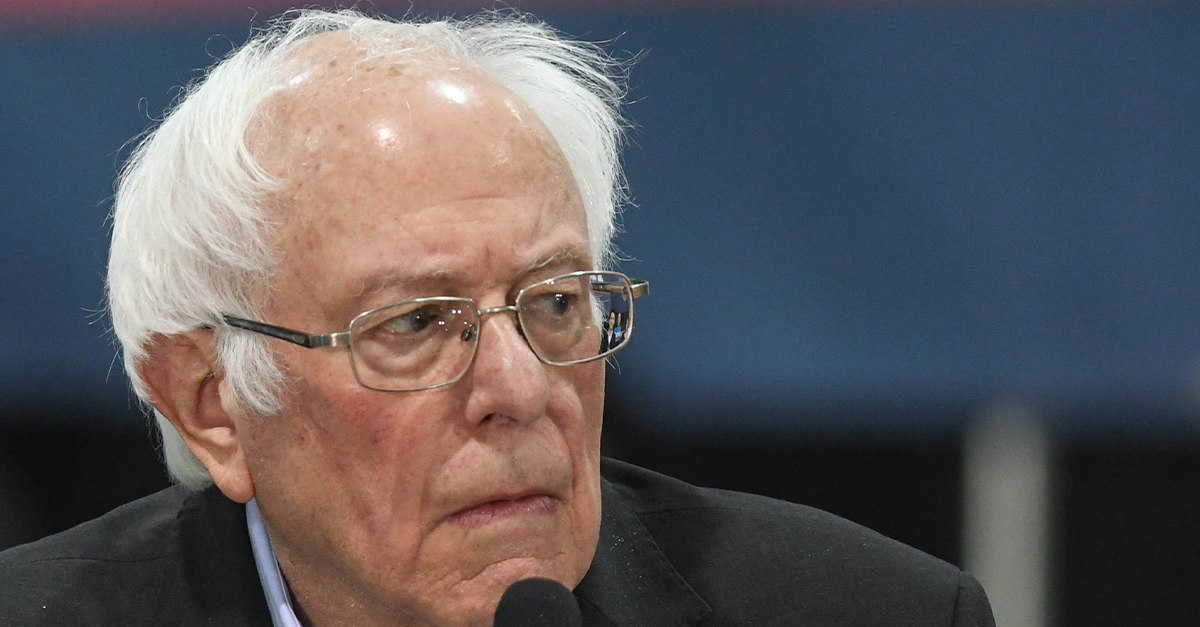 Increasing the minimum wage is bad economics and fundamentally immoral

Increases to the minimum wage have long been held as an article of faith among progressives, which is why Democrats are currently trying to impose a $15 minimum wage hike across the country via their ludicrously large $1.9 trillion COVID-19 spending bill.

What does more than doubling the federal minimum wage from $7.25 to $15 have to do with providing businesses financial relief from oppressive lockdowns or helping to procure and distribute more vaccines to those most vulnerable to the virus?

But, as Obama’s chief of staff Rahm Emanuel once declared, “You never want a serious crisis to go to waste.”

So here we are today, with Bernie Sanders – who is now, unbelievably, chairman of the Senate Budget Committee and the loudest proponent of a so-called “living wage” – admitting that he’s dispatched a “room full of lawyers” to pressure the Senate parliamentarian into allowing a $15 minimum wage provision to move forward through a process known as “reconciliation.”

“Reconciliation” allows Democrats to circumvent the filibuster and pass final legislation with a simple majority.

We’ll know soon if the Senate parliamentarian will capitulate to these demands. Yet even if she doesn’t, Bernie and Co. are wasting no time framing this issue for future political fights.

Would you be shocked to learn those fights involve casting their opponents as racists?

“Raising the minimum wage to a living wage is not just about economic justice – it is about racial justice,” the Vermont senator tweeted. He included a video featuring black Americans discussing how little they earn per hour. “The reality is that you cannot talk about racial equity until we have this $15-hour minimum wage,” groused one activist. “It is what people want. It is what justice demands,” added Bernie.

This rhetoric, however, is not a good-faith argument. In fact, it’s no argument at all, but rather a pungent potpourri of caustic accusations. There are plenty of reasons to oppose legislation that arbitrarily inflates the cost of labor…while the country’s still reeling from a global pandemic.

It doesn’t make you a racist or against civil rights, as Bernie suggests. To the contrary, it makes you economically literate and rightfully aware that a politician’s good intentions in theory can turn out terrible in practice.

And that’s what we should be focused on: the real-world consequences of Bernie’s proposed legislation, not the grandiose guarantees about that legislation.

The debate surrounding the minimum wage, in many ways, illustrates the fundamental disconnect between what progressives promise and what is actually delivered. In reality, the people they claim to help are, far too often, the ones being hurt.

Consider this: the demographic most negatively impacted by hiking the minimum wage happens to be… young black males. Turns out that for every 10 percent increase in the minimum wage, the employment prospects for black men between the ages of 16 and 24 plunge by 6.5 percent. That’s what economists William Even and David Macpherson concluded after studying the labor market effect of minimum wage mandates levied by individual states and the federal government.

How’s that for “racial justice”?

Which brings us to a question that Bernie and his Bros. should answer:

How many more young black men must be denied entry into the labor market because of the Democrat Party’s good intentions?

Regardless of how many emotional appeals are generated in front of the cameras, minimum wage jobs are not designed for adults who are the sole breadwinners in their households. Even where those examples do exist, they are the exception, not the norm.

Minimum wage jobs are designed for young people who have no professional skills… but need an opportunity to learn valuable life lessons as they enter the workforce for the first time. These lessons include punctuality, office etiquette, and commitment… while earning some cash for their efforts.

My first job was at 14-years-old. I was a busboy. The hours were long and, if the restaurant was empty, I earned less than the minimum wage because we were dependent on tips. That arrangement was an acceptable tradeoff to me because, frankly, I had nothing of great value to offer any employer as a teenager. So I cleaned off dirty tables and ensured patrons had plenty of water to drink and bread to eat.

In the end, the experience I gained interacting with customers and colleagues and reporting to a boss was far more valuable than the money I squirreled away when the restaurant was packed and the tips were flowing.

Yet those types of vital life lessons are delayed when politicians interfere in the labor market by setting a wage floor. This economic point – that a worker’s earnings cannot surpass his output – is so obvious that even the New York Times editorial board once upon a time noted that there’s “a virtual consensus among economists that the minimum wage is an idea whose time has passed. Raising the minimum wage would price working poor people out of the job market.”

If an employer is forced to pay wages that exceed the value generated in actual work… guess what happens? Employees get laid off or their hours are cut or they are replaced by machines.

I hope you enjoy your grocery store checkout experience using the kiosk. It’s here to stay. That is, if your local establishment doesn’t close first.

Which is what happened recently when the city council of Long Beach, CA unilaterally decided that they would rewrite the employment contracts of supermarkets in the area, dictating to private companies that their workers must receive an extra $4 an hour in pandemic pay.

Kroger announced that they would shut down two locations within the ordinance’s radius. The grocery giant was already operating at razor-thin margins. They couldn’t absorb the new costs and still remain profitable.

Which do you think Kroger’s employees preferred: $4 extra on paper but no job…or a job?

“We are truly saddened that our associates and customers will ultimately be the real victims of the city council’s actions,” a spokesman said. The thing is, if Democrats on Capitol Hill get their way, the number of these victims will surge.

The Congressional Budget Office recently projected that at least 1.4 million people would lose their jobs if a $15 minimum wage were enacted nationally, and even that’s a conservative estimate because it doesn’t factor in the number of people who would be overlooked for hiring altogether because of the new price tag.

Will other workers see their paychecks increase? Undoubtedly. Those increases, however, will come at the expense of younger and less skilled earners, many of whom are minorities in at-risk communities.

They will be set back systemically from securing a paycheck.

One last point on this topic. It’s an important one.

Bernie Sanders punctuates his policy outline with the word justice. To him, a $15 minimum wage falls into the categories of both economic justice and racial justice.

But justice according to what standard?

Bernie’s an avowed socialist. We know what shapes his worldview: a deification of the State in pursuit of Marxist aims.

That’s his standard, and his legislative priorities reflect it.

It’s not our standard, though.

Our worldview is shaped by the Bible. Well, it should be, anyway. And the Bible actually gives general principles on how labor and wages should be determined: free enterprise. Take the parable Jesus taught in Matthew 20 about the landowner who hired laborers to work his vineyard.

“Now when he had agreed with the laborers for a denarius a day, he sent them into his vineyard,” we’re told in verse 2. The landowner subsequently goes to the “marketplace” four more times throughout the day to hire additional laborers to work his land, pledging to pay them “whatever is right.”

At the end of the day the landowner instructs his foreman to pay everyone the same amount, whether they began early or worked for only an hour. The laborers who toiled longer under the hot sun resented this outcome. They were expecting higher wages for working more hours than those who showed up after them.

Do you remember the landowner’s response, as told in verses 13-15?

Friend, I am doing you no wrong. Did you not agree with me for a denarius? Take what belongs to you and go. I choose to give to this last worker as I give to you.  Am I not allowed to do what I choose with what belongs to me? Or do you begrudge my generosity?

We learn from this parable that there are at least two preconditions needed to establish a wage that is fair and just: private property – “Am I not allowed to do what I choose with what belongs to me?”— and the right to enter into a contract freely – “Did you not agree with me for a denarius?”

There’s no coercion by the State directed at either party.

The transactions were completely voluntary.

That’s not to say that a laborer can’t be exploited. He most certainly can be, which is why rich oppressors are denounced in James 5 for fraudulently holding back wages from those who legally earned them.

Bernie, on the other hand, is not trying to recoup stolen wages from people who were defrauded. By demanding a $15 minimum wage he’s trying to micromanage the American economy and meddle in employment negotiations using the unrivaled power of government.

And it will end up hurting more people in the name of helping them. 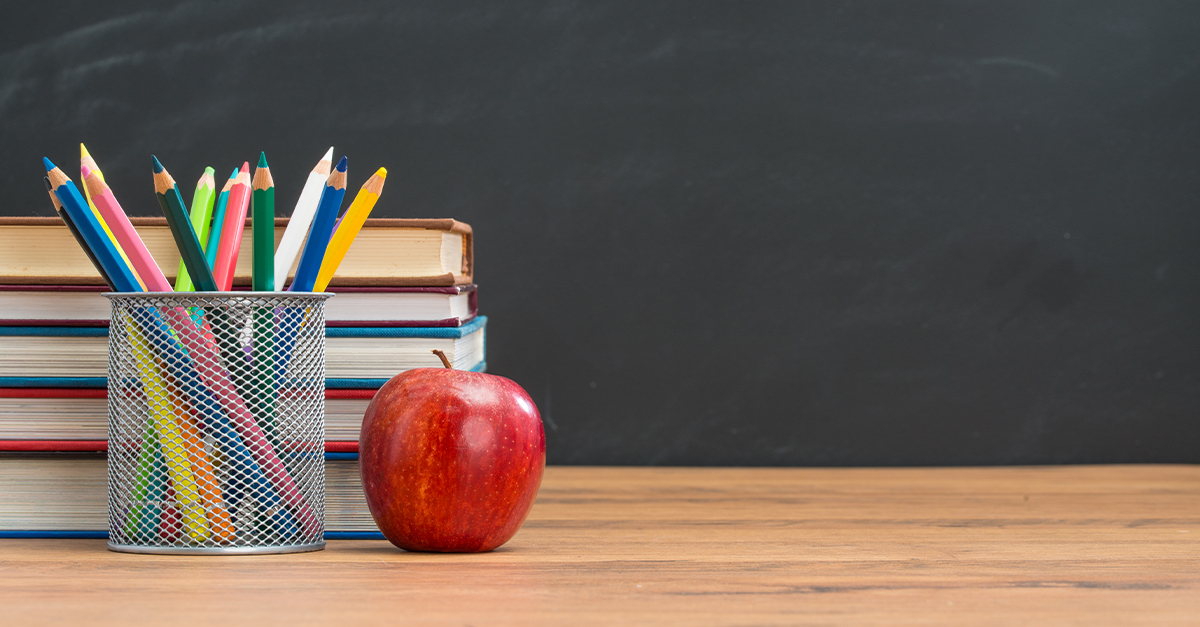