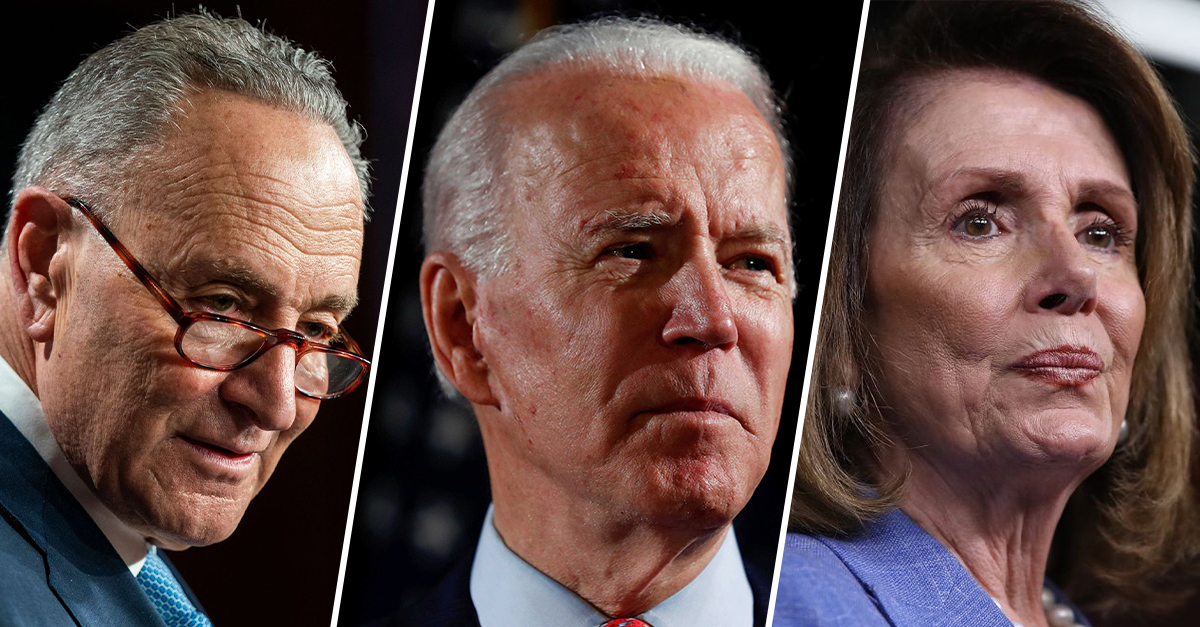 Since the Georgia election and subsequent electoral certifications on Capitol Hill, the Biden administration will officially see a unified government, referring to the White House’s party holding bicameral majorities. This has raised concern for many conservatives — but how much of this concern is merited?

With a Democrat-unified government, many conservatives fear the implementation of extreme measures touted by some Democrats. However, these fears may be misnomers considering the slim party margins, the moderate views of some Democrat members of Congress, and the filibuster – which is perhaps the most influential tool for the GOP at present. For perspective, the Trump administration did achieve some landmark victories for the GOP agenda, and even some for Democrats, when it had a GOP-unified government.

But even with bicameral majorities, the administration was unable to pass some major initiatives because of the filibuster (cloture). And in cases where the filibuster did not apply, slim party margins sometimes prohibited legislative passage. The Biden administration is set up for the same challenges. One major difference is that the Supreme Court was likely to see many justices retire during Trump’s first term, while Biden is projected to only fill one vacancy in the next four years.

Conservatives fear that with a Democrat-controlled government, many of the initiatives passed during the Trump administration will be overturned and many of the extreme measures held by far-left members of Congress will be passed. But how easy will it be for a Democrat-controlled government to bring these measures to fruition? How can they get around some of the challenges?

To be clear, the word “control,” which is traditionally used for the party that holds a majority, is somewhat of a misnomer. To control something suggests ultimate or close-to-ultimate authority or influence. But for the most part, our Founding Fathers established the blueprints of this great nation to avoid any real application of “ultimate control” in any branch of government. In keeping with that doctrine, the Senate has tools at its disposal that could prevent such domineering control from either party. The filibuster, which will be covered at length later, is a powerful tool used to prevent partisan domination. With the filibuster in the holster of the GOP, the word “control” is at best an exaggeration.

What are Democrats trying to pass and can they do it?

The Biden-Harris administration has a slew of initiatives that they enthusiastically aim to accomplish. But like with many chasing the Oval Office, campaign promises often fall short of fruition. To be fair, these shortcomings are not always done with dishonesty or loss of interest as the source. Sometimes the president simply has a challenging Congress. Nevertheless, Biden is sure to seek passage of some of those promised initiatives. Below are some Biden administration goals, followed by the challenges they will face to reach them.

Perhaps the most controversial agenda of the Biden administration will be the Equality Act, which Biden has said he wants to see passed in the first 100 days. The Equality Act, which some have re-named the “Inequality Act,” has many private, non-profit, and religious organizations concerned that their religious liberty or personal convictions may come under attack.

A recent article by Falkirk author Nathan Skates went into depth about the proposed legislation. It explained:

“The Equality Act would add sexual orientation and gender identity to existing civil rights laws, such as the Civil Rights Act of 1964, making them federally protected classes…. The bill would expand the definition of ‘public accommodations’ in the Civil Rights Act of 1964 to include ‘nearly every entity that provides goods, services, or programs.’ By broadening this definition, private businesses, religious schools or organizations, and medical facilities can be held liable for violating the Equality Act. The bill also ‘prohibits the Religious Freedom Restoration Act of 1993 from providing a claim, defense, or basis for challenging such protections.’”

Such application of the Civil Rights Act expansion could easily mandate that religious organizations, whether they be Christian, Muslim, Jewish, etc., have to change their policies and hire employees who do not agree with their statements of faith. The application could also compromise an organization’s right to express their convictions about the LGBT lifestyle.

The Equality Act also redefines “public accommodations” in a way that will require shelters for battered women to accommodate men who identify as women. This is counterintuitive to the very purpose of a shelter. Women who are housed in shelters are recovering from male-inflicted abuse. To allow a man to be within the intimate quarters of women who are in a traumatized state just because he thinks he’s a woman is incredibly harmful and insensitive to the women these shelters are intended to protect.

Biden has some high-caliber gun control measures that he’s got holstered and ready to blast at dawn. For conservatives, these gun measures are worse than the puns in the previous sentence. Measures include:

Why AR-15 rifles are under such scrutiny is a matter of debate. A common argument against civilians owning AR-15s (which are not the same as their military counterpart, the M4) refers to mass shootings where AR-15 type rifles were used, including Sandy Hook Elementary School, San Bernardino, First Baptist Church in Sutherland Springs, Texas, and Stoneman Douglass High School. A modified AR-15 is believed to be one of the firearms used in the Las Vegas shooting. As tragic as these events are, it is certainly reasonable to assume that if someone is willing to commit mass murder, their conscience won’t stop them from illegally obtaining a firearm. It should also be noted that in two of these three mass shootings, the shooter did not legally obtain the firearm used, and therefore current or proposed gun control measures would not have stopped them.

At the beginning of Trump’s term, it was likely that he would fill two to three vacancies on the Court in the following four years, considering the ages of many of the justices at the time. Trump ended up filling three vacancies. With Biden, it is likely he will have the opportunity to fill one vacancy in the next four years, considering that the Court’s eldest member, Justice Stephen Breyer, 82, will likely be retiring during this time. Supreme Court nominees, indeed all federal judicial appointments, cannot be filibustered under current Senate rules.

For a minority party, perhaps the greatest tool in their legislative procedural arsenal is the filibuster. Under Senate procedural rules, a bill is debated on before it comes to a vote. But if a senator does not want the bill to pass and knows that it will pass if brought to a vote, they have the option to filibuster, or talk non-stop during the debate until the legislative schedule has expired so no vote will be had — which is the point.

As one would imagine, filibusters have traditionally lasted for many hours. To end a filibuster and move to a vote, 60 senators (three-fifths of the total) have to vote to silence the filibustering senator. In modern times, a filibuster is proactively voted on by means of cloture. In a cloture vote, which also requires 60 votes, senators will vote whether to bring the bill to a vote, essentially voting whether to end a filibuster proactively and move to a vote or accept defeat in advance without waiting for hours listening to a senator ramble on reading Dr. Seuss’s “Green Eggs and Ham.”

Can a Senator filibuster any congressional vote?

No. There are exceptions to the use of the filibuster and these exceptions have changed over the years. At current, the big issues that cannot be filibustered are budget reconciliations and federal judicial nominees. This is relevant to the incoming administration considering the age of Justice Stephen Breyer, 82. As stated earlier, Breyer is the eldest of the nine Supreme Court justices, followed by Justice Clarence Thomas, 72. The Biden administration is very likely to have the opportunity to replace Breyer in the next few years — an appointment that cannot be filibustered under current Senate rules.

Can the filibuster be eliminated?

The reason the nuclear option is not used on a whim, even if it advances a party’s immediate political agenda, is because the very nuclear option that serves the executing party is the same option that can be their worst enemy when a new majority is installed. In order to secure 51 votes for the nuclear option, Democrats must have complete party unity — assuming no Republicans join their attempts – thus giving them 50 votes and giving Vice President-elect Kamala Harris the opportunity to invoke one of her roles as president of the Senate: tie-breaking.

In regards to any push to end the filibuster, Democrats will have to consider the slightly unpredictable vote of Sen. Joe Manchin, D-W.V. The Mountain State native has been called a conservative Democrat and a DINO (Democrat in Name Only), though his voting record certainly casts him left of a centrist. Still, Manchin has been clear that he does not favor the elimination of the filibuster. He stated recently:

“I can assure you I will not vote to end the filibuster because that would break the Senate. We’ve harmed the Senate enough with the nuclear option on the judges. We’re making lifetime appointments based on a simple majority. The minority should have input — that’s the whole purpose for the Senate. If you basically do away with the filibuster altogether for legislation, you won’t have the Senate. You’re a glorified House. And I will not do that.”

Manchin has also expressed opposition to the Equality Act, though his opposition was towards the current draft of the bill and not the same principles that prompted GOP opposition.

How can Democrats work around these challenges?

Social Security reform has been targeted in the past under the guise of a “fiscal” matter though it was seen as an obvious push for policy reform, hence the inclusion of Social Security protection under the Byrd Rule.

Much of the GOP’s advancement over the last four years is unlikely to be reversed, though it is fair to say that conservative advancement will be stalled at least for the next two to four years, depending on the 2022 midterms. At the forefront of GOP victories from 2016-2020 is the heavy influence on the federal judiciary, an opportunity that does not appear to be presented to Biden in the next four years. Next to President Jimmy Carter, Trump appointed more Federal judges who were confirmed by the Senate than any other president within their first four years. Trump’s appointments to the Supreme Court will also hold significant influence, especially considering the types of social, religious liberty, and abortion-related issues that are projected to make their way to the high court in the next couple of years.

The initiatives of the Biden administration will depend greatly on whether or not Democrats decide to nuke the filibuster, the swing-style votes of Sen. Manchin, and how strategically Senate Majority Leader Chuck Schumer, D-N.Y., plans to tailor the Senate rules to accommodate his political agenda. 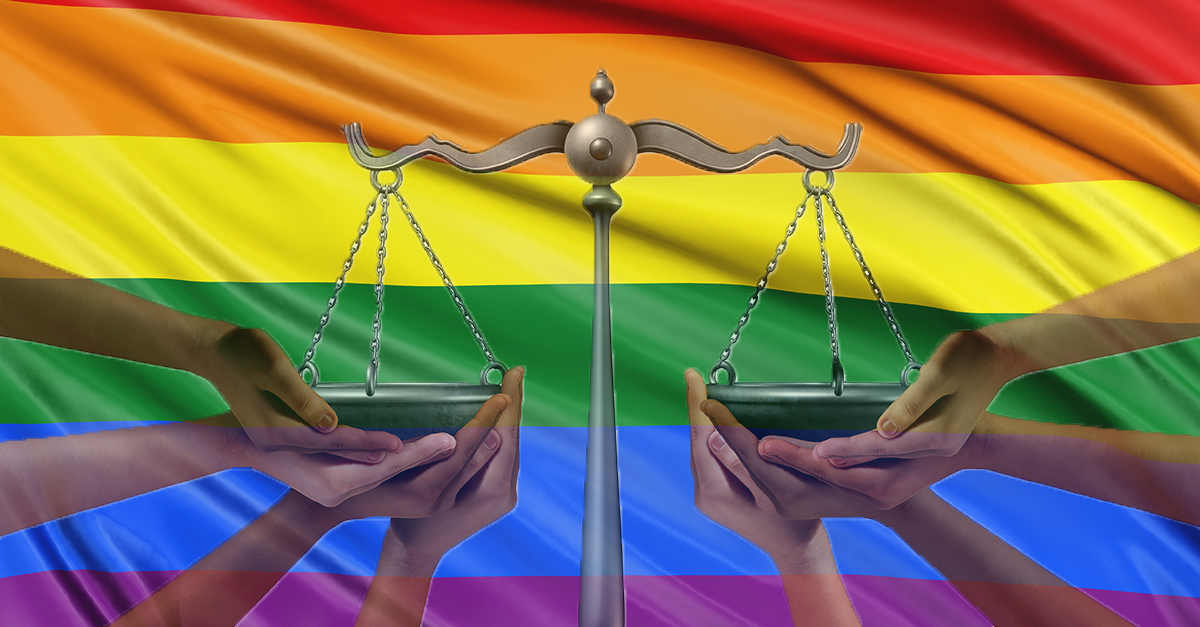