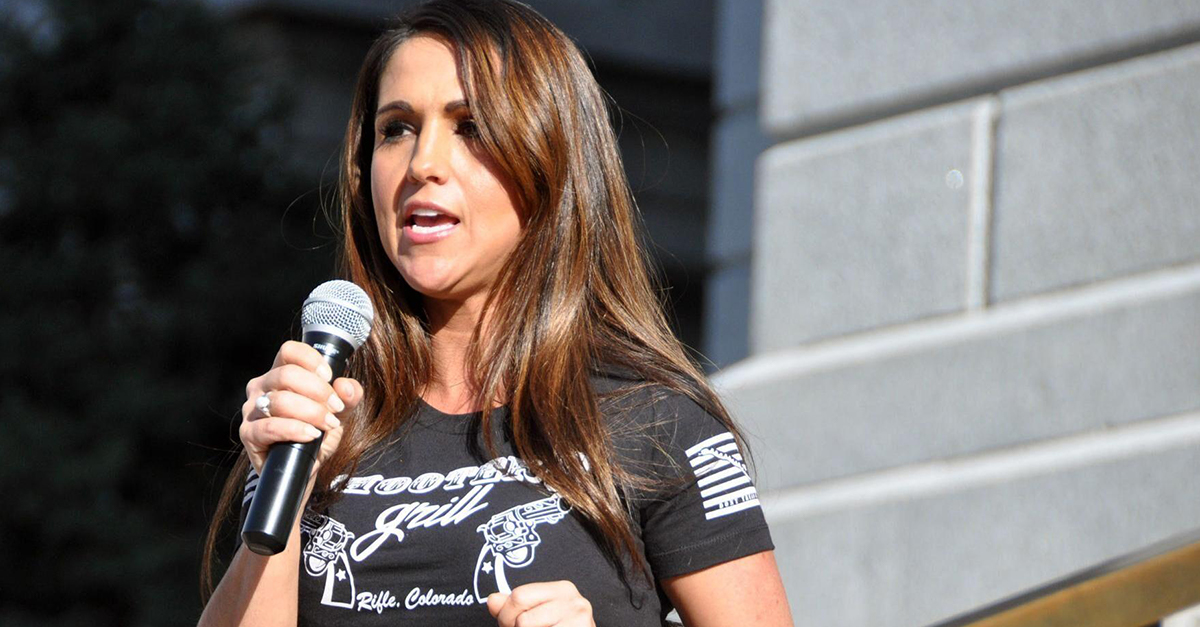 VIDEO: Congresswoman Lauren Boebert says, ‘I will carry my firearm in D.C. and in Congress.’

Newly elected Rep. Lauren Boebert, R-Colo., is already triggering political opponents on Capitol Hill with her support for the Second Amendment. Hailing from the appropriately named town of Rifle, Colo., Boebert has stated she will carry a firearm in the Capitol building, prompting Democrats to attempt to ban legislators from doing so. Boebert, however, is not backing down.

Boebert has made it clear that she intends to carry a firearm for her own protection while in the U.S. Capitol building. Members of the public are not allowed to carry firearms in the Capitol, but members of Congress are permitted to carry a weapon. Democrats are pushing to change House rules to ban members of Congress from carrying a firearm, but Speaker Nancy Pelosi did not include the ban in her newly proposed rules package.

The new representative posted a video to Twitter stating that she had every intention of carrying a firearm.

“Even though I now work in one of the most liberal cities in America, I refuse to give up my rights, especially my Second Amendment rights. I will carry my firearm in D.C. and in Congress.”

Let me tell you why I WILL carry my Glock to Congress.

Government does NOT get to tell me or my constituents how we are allowed to keep our families safe.

I promise to always stand strong for our 2nd Amendment rights.https://t.co/E75tYpdN4B pic.twitter.com/qg7QGenrNo

“This caused outrage from Democrats and the media. Why? It’s our job in Congress to defend your rights, including your Second Amendment, and that’s exactly what I’m here to do. In D.C., of all places, we should be encouraged to practice our rights.”

Boebert went on to explain that D.C. is one of the most dangerous cities in America, claiming that homicides and violent crimes are “skyrocketing” in the nation’s capital. She explains that being a member of Congress does not provide her with a police escort everywhere she goes, and she walks to work, rather than driving in a motorcade or armored car. “So as a 5-foot-tall, 100-pound woman, I choose to protect myself legally because I am my best security,” she stated.

The representative-elect noted that those in D.C. do not understand how the rest of America lives. She went on to explain that after a violent incident outside her business, she began carrying a firearm at work. Her employees asked if they could carry a firearm as well, and now her business, Shooters Grill, has mandatory firearms training and target practice available for her staff.

Boebert’s passionate argument for maintaining the right to protect herself while serving as a congresswoman may have had a positive impact. In a new rules package unveiled over the weekend, Speaker Pelosi did not include a ban on House members carrying a firearm on Capitol grounds.

Democrats have earned a reputation for being increasingly opposed to citizens exercising their Second Amendment rights, and it seems their opposition to carrying firearms now extends to members of Congress. Some Democrats are seeking to reverse a 1967 exemption that allows members of Congress to carry a firearm in public.

Over 20 Democrats signed a letter requesting that the House rules be updated to ban legislators from carrying a firearm in the Capitol building. Rep. Jared Huffman, D-Mo., posted the letter to social media and stated, “Threats of political violence are on the rise, and it makes all of us less safe if Members of Congress don’t have to comply with gun safety standards. I led my colleagues in a call to modernize the House’s outdated & dangerous rules for everyone’s safety.”

The letter claims that legislators who carry a firearm needlessly put members of Congress at risk.

In response, Boebert sent her own letter, signed by 83 other newly elected and returning U.S. representatives, urging Speaker Pelosi and House Minority Leader Kevin McCarthy to keep the rule in place. She explained: “I choose to defend my family and my life with all the force the Constitution provides,” she wrote.

Boebert made it a point to remind the two House leaders that members of Congress have been and continue to be targets of violence, including on the House floor itself. In 1954, four members of the Puerto Rican National Party opened fire during an official legislative session, wounding five congressmen, and in 1998, a gunman entered through the Capitol building through a member and employee entrance with a six-shot revolver and eventually shot and killed two Capitol Hill police officers. She also recalled the more recent time when Rep. Steve Scalise, R-La., who had full-time Capitol Hill police protection, was shot and critically wounded by a Bernie Sanders supporter while practicing baseball with other Republican congressmen.

“Had these heroes not been there, the 24 Members of Congress present at the practice would have been unguarded and it’s likely several more would have been critically injured or even killed. Some of those Members are now licensed to carry firearms in DC. If Members can’t carry on Capitol grounds, they can’t protect themselves in D.C. while making their way to and from their offices to perform their official duties….If the current regulations are changed, the Member will be at risk of physical assault and real danger, especially after voicing views of his or her constituents that may not be held by others physically present in Washington D.C.”

She later criticized her soon-to-be-new Democrat colleagues for putting her and others at risk, saying,

“Democrats are always up for stripping away our Constitutional rights and feel threatened when we simply want to exercise those rights. I carry a firearm to protect myself and want to exercise my right to do so in one of the most dangerous cities in America. They want to take that right away from me. I look forward to helping make sure they can’t.”

In recent years, new members of Congress have had a habit of making news whether it be the liberal “Squad” or the new conservative “Freedom Force.” Boebert is certainly getting her political career off to an interesting start. She is within her constitutional rights to carry a firearm, and despite the claims of Democrats, this in no way endangers other members of Congress.

Perhaps Democrats think that all right-wing gun owners are unstable extremists and fear that Boebert will use the firearm to harm a member of Congress, or maybe they fear someone could steal the firearm from Boebert and use it. As Boebert claims in her video, however, being near an educated gun owner actually makes people safer. The Constitution protects Americans’ ability to defend themselves. As Rep. Huffman himself stated, this is a dangerous political climate and D.C., an overwhelmingly liberal city, is a very dangerous place to live and work. All members of Congress should be able to carry a firearm in the Capitol to protect themselves and others.

Check out the Falkirk Center podcast with Amy Robbins on the 2nd Amendment gratitude for America: 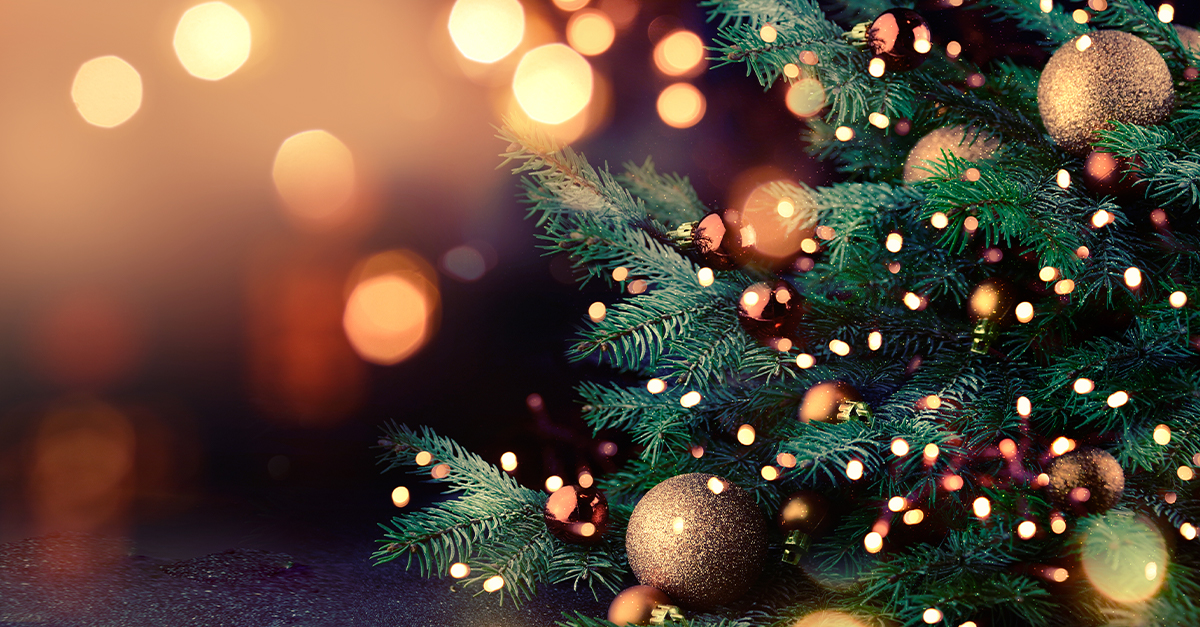