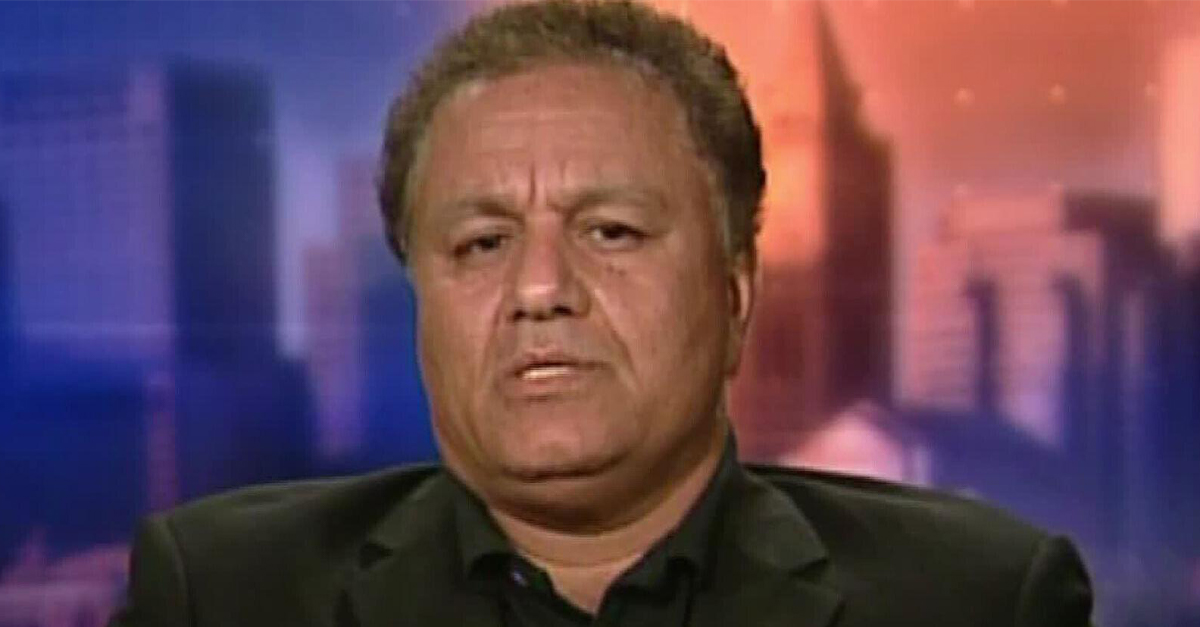 An author, political scientist, and frequent media contributor touted for his objective expertise on Iran is facing federal charges for working as an unregistered agent to the Government of the Islamic Republic of Iran.

Afrasiabi is a citizen of Iran who is an established authority on the affairs and policy of his home nation. For years, federal prosecutors say, he has been knowingly violating the Foreign Agents Registration Act (FARA) by receiving compensation from the Iranian government while advocating for its interests to lawmakers, universities, and major media platforms alike.

A federal criminal complaint unsealed this week in a federal court in Brooklyn charged Afrasiabi with violating the FARA for failing to register as an agent on behalf of the Iranian regime.

Afrasiabi is the author of a number of books and frequently provides commentary and expertise to major establishment media outlets like CNN, The New York Times, and the Huffington Post, as well as foreign media outlets, including state-run Russian and Chinese television, according to Axios.

He also boasts a career as a political science professor and visiting scholar at Tehran University, Boston University, Harvard University, and the University of California at Berkeley.

“For over a decade, Kaveh Afrasiabi pitched himself to Congress, journalists, and the American public as a neutral and objective expert on Iran … However, all the while, Afrasiabi was actually a secret employee of the Government of Iran and the Permanent Mission of the Islamic Republic of Iran to the United Nations (IMUN) who was being paid to spread their propaganda. In doing so, he intentionally avoided registering with the Department of Justice as the Foreign Agents Registration Act required. He likewise evaded his obligation to disclose who was sponsoring his views. We now begin to hold him responsible for those deeds.”

Seth D. DuCharme, acting U.S. attorney for the Eastern District of New York, said that Afrasiabi is accused of seeking to “influence the American public and American policymakers for the benefit of his employer, the Iranian government, by disguising propaganda as objective policy analysis and expertise.”

FBI Assistant Director in Charge William F. Sweeney Jr. said that Afrasiabi never disclosed his employment with the Iranian state to any of the various individuals with influence who he’d worked for and discussed policy with.

Since 2007, the Department of Justice says Afrasiabi has received roughly $265,000 from the IMUN and even received health insurance through the entity’s employee health benefit plans since as early as 2011.

The DOJ charged that he “has long known that FARA requires agents of foreign principals to register with the U.S. Department of Justice” and even “discussed information obtained from FARA disclosures with others,” yet failed to register as an agent for Iran.

His commentary and policy advice consistently painted the Iranian regime in a positive light.

Afrasiabi is not the first foreign operative to push propaganda from one of our global adversaries disguised as authoritative scholarship, and unfortunately, he is likely not the last.

As a renowned political science professor and author, Afrasiabi was in the perfect position to argue on behalf of the Iranian regime’s interests to unsuspecting Americans who assumed that, with the Ph.D. after his name and the impressive array of academic clout, his views could certainly be trusted.

This is a troubling symptom of the undeserved credibility our culture awards those in academia and legacy media who, however educated or articulate, are just as susceptible to the allure of unsound ideology or cold, hard cash as the rest of us plebs.

In early January 2021, the U.S. Justice Department charged a professor who specializes in nanotechnology at the Massachusetts Institute of Technology (MIT) with applying for grant funding while lying about his ties to China and his ownership of foreign bank accounts. Since 2013, Chen has received $19 million in grants from various agencies, including the Department of Energy. According to Reuters, prosecutors claim that Chen “was involved in various efforts to promote China’s technological and scientific development, including acting as an ‘overseas expert’ for the Chinese government at the request of its New York consulate.”

Last summer, Charles Lieber, then the chair of the Chemistry and Chemical Biology Department at Harvard University, was indicted on charges of lying about his financial connections to the Chinese government, which paid him $50,000 a month and another $1.5 million to establish a nanotechnology lab at the University of Wuhan. In another case, federal prosecutors filed felony charges against a 29-year-old Chinese national who falsely identified as a “student” on her visa application, lied about her ongoing military service and membership in the Chinese Communist Party while working as a scientific researcher at Boston University, accessed U.S. military websites, and transferred U.S. documents and information to China.

Over the last year alone, a great deal of light has been shed on the degree to which foreign governments are greasing palms to infiltrate both academia and establishment news agencies alike.

Earlier this month, the Washington Free Beacon in its review of federal records uncovered that entities linked to the Chinese military, including some linked to extensive cyber-attacks and espionage, channeled $88 million into U.S. universities.

Chinese state-owned universities, nonprofits, and other entities also collectively donated at least $15 million to colleges in the U.S. between 2014 and 2019, more than 25 percent of which came from state-owned defense contractors or public universities where Chinese military defense research is conducted.

“The expenditures indicate that the Chinese government is a much bigger player in U.S. academia than previously thought,” the Beacon noted.

Indeed, in 2019 the Department of Education found in a preliminary investigation that as much as $1.3 billion in funding from nations such as China, Russia, and Qatar had poured into just six higher learning institutions in the U.S.

As for media, while some gave Afrasiabi’s covert Iranian state propaganda a platform, others were also taking money from China’s main state mouthpiece to publish Chinese propaganda.

In June 2020, the Daily Caller reported that, according to documents filed with the U.S. Justice Department, major American newspapers like The Washington Post and The Wall Street Journal received part of the almost $19 million that the CCP-backed China Daily newspaper shelled out for paid supplements disguised as legitimate news.

And I may not even need to tell you that the CCP has, for some weird reason, become a darling to The New York Times as of late.

This week, Jean Chen wrote for The Epoch Times about a decades-old interview with an ex-KGB agent who defected to the United States from the Soviet Union in the 1970s in which he discussed the tactics the Soviets used to subvert their enemies in the West.

“Manipulation of the media and academia is required for this purpose,” she notes of the first stage, demoralization.

The following stages, destabilization, crisis, and normalization, are patterns that he said had been played out in Grenada, Afghanistan, Bangladesh, and China.

Chen’s commentary on this stunning interview alone is worth the read to give us a deep dive into the ways these tactics have been employed in the U.S. and beyond to disseminate Marxist ideology throughout our greatest intellectual spheres of influence.

Starry-eyed pluralism that ignores the subversive tactics of our foreign adversaries and disguises authoritarian propaganda as authoritative political commentary is one of the most dangerous forces in our nation, and by now, generations of students and media consumers have been indoctrinated with its virtues. 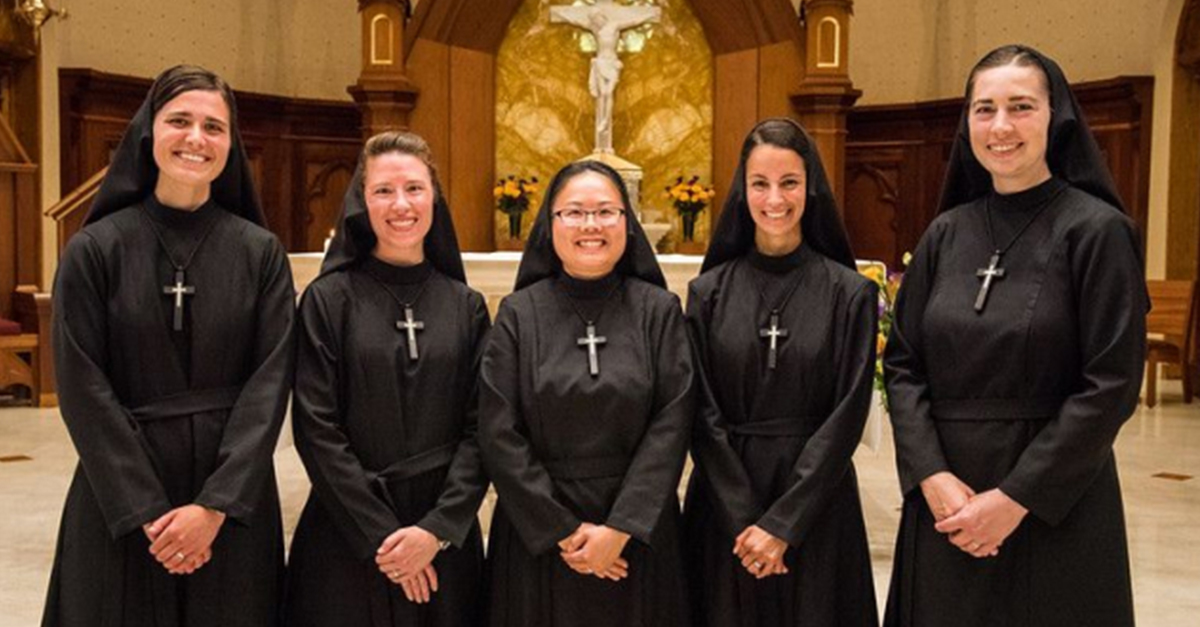