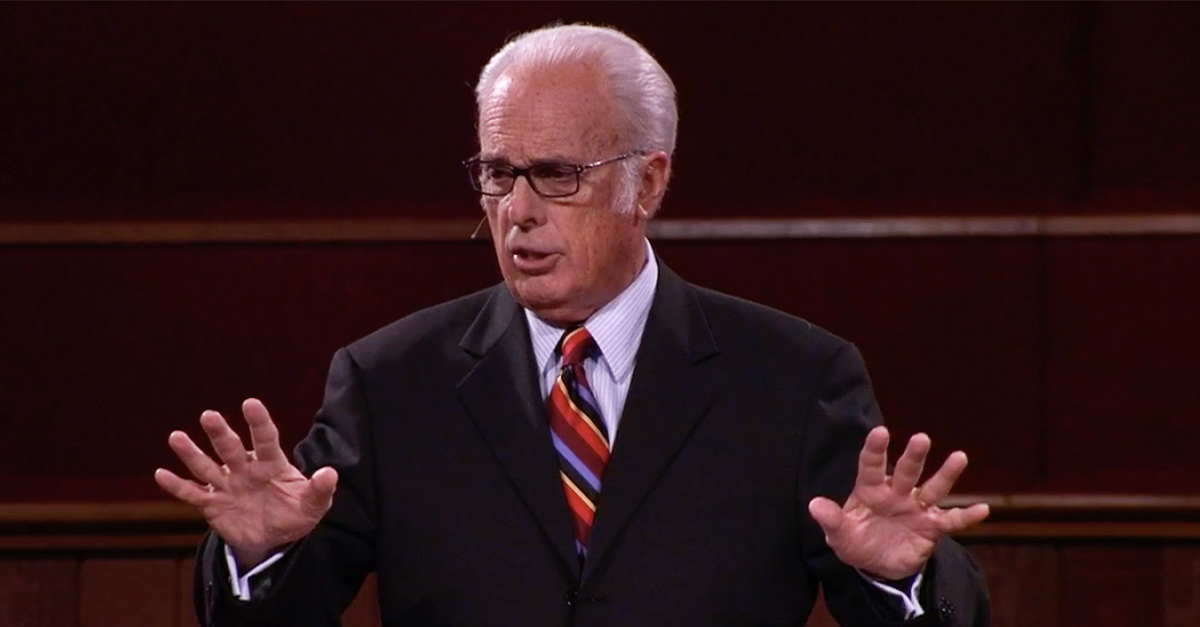 This piece was originally published with The Daily Wire.

That phrase, recently and conspicuously omitted from the flag salute at some events during the Democratic National Convention, reflects the intentions of America’s founding fathers. They understood the necessity of acknowledging and submitting to divine authority—and not just any god, but the God revealed in the Bible. That same understanding informs our Constitution, which itself does not grant us rights, but rather recognizes, identifies, and defends those rights granted to us by God alone.

Truth be told, the notion of a secular state is a lie; all government is ordained by God. The Bible makes that very point when it commands Christians to submit to governing authorities: “There is no authority except from God, and those that exist have been instituted by God” (Romans 13:1). And even when the government opposes, abuses, and persecutes the Church, Christians can take comfort in the fact that such cruelty is not outside of God’s sovereign control or His divine plan.

But what happens when those governing authorities refuse to acknowledge God and ignore His law?

C. Ryle was bishop of Liverpool at the end of the nineteenth century. He died in 1900, but his legacy and influence live on globally throughout the Church to this day. Ryle was known as a lion for the truth, and he was both intensely loved and intensely hated for his fidelity to the Bible. The scope of his writing was vast, but of particular interest to him was the relationship between church and state. He recognized the foundational principle that all people, and all nations, are called to worship the true God. He understood that it isn’t an option; it is a divine command.

That understanding rests on some foundational truths. First of all, we must acknowledge that man was created by God, in the image of God, and for the glory of God. Some knowledge of the one true God and His moral law is written on our hearts (Romans 1:18-20; 2:14-15), such that unrepentant sinners “are without excuse.” No one can claim ignorance for failing to seek, and know, and worship the God of the Bible. Yet while we are surrounded by evidence of His existence through the testimony of His creative work, man’s fallen, unrepentant heart pulls him away from the true God. Ryle understood that sinful bent, saying, “Any worship is more pleasing to the natural heart than worshiping God in the way our Lord Jesus describes it as worshiping in spirit and truth.” The apostle Paul, borrowing language from the Old Testament, put it even more bluntly: “There is none righteous, not even one; there is none who understands, there is none who seeks for God; all have turned aside, together they have become useless” (Romans 3:10-12). The natural heart flees from accountability to God at every opportunity.

The Bible consistently exhorts all people and nations to repent from that deviation and submit to God. Scripture reminds us over and over that there is only one true God. “I am the Lord, and there is no other; besides Me there is no God” (Isaiah 45:5). The Old Testament Law warns against the folly of idolatry, “You shall not worship any other god, for the Lord, whose name is Jealous, is a jealous God” (Exodus 34:14). These aren’t merely commands for God’s covenant people—they apply to all nations. “Let all the earth fear the Lord; let all the inhabitants of the world stand in awe of Him” (Psalm 33:8). “Praise the Lord, all nations! Laud Him, all peoples!” (Psalm 117:1).

Scripture actually reveals repeatedly what happens when a nation and its leaders refuse to obey the law of God. One example is Nebuchadnezzar, who ruled over the Babylonian empire—one of the richest and most vast the world has ever seen. In his pride, he refused to acknowledge God, choosing instead to deify himself. As punishment for his arrogance, he spent years wandering the land in a beastlike stupor.

The book of Daniel records how he finally repented and came to his senses:

But at the end of that period, I, Nebuchadnezzar, raised my eyes toward heaven and my reason returned to me, and I blessed the Most High and praised and honored Him who lives forever: For His dominion is an everlasting dominion, and His kingdom endures from generation to generation. All the inhabitants of the earth are accounted as nothing, but He does according to His will in the host of heaven and among the inhabitants of the earth; and no one can ward off His hand or say to Him, “What have You done?” . . . Now I, Nebuchadnezzar, praise, exalt and honor the King of heaven, for all His works are true and His ways just, and He is able to humble those who walk in pride.” (Daniel 4:34-35, 37)

Failing to acknowledge God and live in accordance with His law unleashes God’s judgment on leaders and on a society, marked by a descent into lawlessness, degradation, and corruption. The apostle Paul lays out the pattern for us in the book of Romans:

For the wrath of God is revealed from heaven against all ungodliness and unrighteousness of men who suppress the truth in unrighteousness, because that which is known about God is evident within them; for God made it evident to them. For since the creation of the world His invisible attributes, His eternal power and divine nature, have been clearly seen, being understood through what has been made, so that they are without excuse. For even though they knew God, they did not honor Him as God or give thanks, but they became futile in their speculations, and their foolish heart was darkened. Professing to be wise, they became fools. (Romans 1:18-22)

Our nation has rejected God and His law, and we are watching the consequences play out on a daily basis, as the culture sinks lower into chaos, confusion, corruption, perversion, and wretchedness. If you want proof that we have forfeited our ability to reason and think clearly, look no further than the faulty solutions that are promoted to address our problems. It seems the answer to racism is more racism, with some calling for the re-segregation of society. Others promote various kinds of “justice” that are anything but just. The latest example I’ve encountered is called “research justice,” which is the wholesale rejection of any research done by white, heterosexual males. That kind of abject bias is a death sentence for the scientific community, blunting the edge of technological advancement for years to come—but the trend is nevertheless on the rise. Such is the futility and the irrationality of the reprobate mind that rejects God.

Postmodernism is deteriorating into outright paganism. The social justice movement is founded on the absurd idea that everything is a social construct—that each person is born without any innate characteristics, only to be shaped and molded by the white, male patriarchy (or some other oppressor class). The typical person today fundamentally denies God’s image in humanity and won’t submit to His divine authority over His own creation. Meanwhile, social justicians are intent on tearing down every last element of society. They are increasingly targeting the Church.

A nation that gives into and even champions such backward thinking isn’t far off from utter chaos and anarchy. Bishop Ryle understood the dire consequences that accrue when a country abandons the one true God. Regarding his homeland’s national apostasy he wrote:

In what manner God would punish England if English government casts off all connection with Him, I cannot tell. Whether He would punish us by some sudden blow, such as defeat in war and the occupation of our territory by some foreign power; whether He would waste us away gradually and slowly by loss of commercial prosperity; whether He would break us to pieces by letting fools rule over us, and allowing Parliament to obey them; whether He would ruin us by sending a dearth of wise statesmen. But one thing I am sure: The state that sows the seed of national neglect of God will sooner or later reap a harvest of national disaster and national ruin.

Does that sound familiar?

Our nation is on fire, and many of our leaders are content to fiddle and watch it burn. Those of us who are believers urgently need to pray for them—that, like Nebuchadnezzar, their eyes will be opened to the futility of their ways and the clarity of God’s law. We need to flood this dark world with the light of God’s truth. We need to be the salt that preserves this rapidly rotting culture. We need to bring the truth of God’s Word and His law to bear on the hearts of men and women who cannot comprehend the confusion and corruption that dominate their lives.

Historically, the Church has identified three key purposes or uses of God’s law. First, it shows sinful man how far short he falls of God’s holy standard, revealing his desperate need for a Redeemer and Savior. Second, it provides a standard of behavior that promotes the believer’s sanctification, spiritually growing him progressively in the likeness of Christ. The third purpose has a broader application—God’s law restrains evil in a society. What we’re seeing today is how evil is unleashed in a society when God and His law are rejected.

Now is not the time to suspend the worship of the true God, to remove the authority of His Word by silencing the voice of His Church. Considering the evidence around us, you’d have to conclude that the Church has never been more essential. 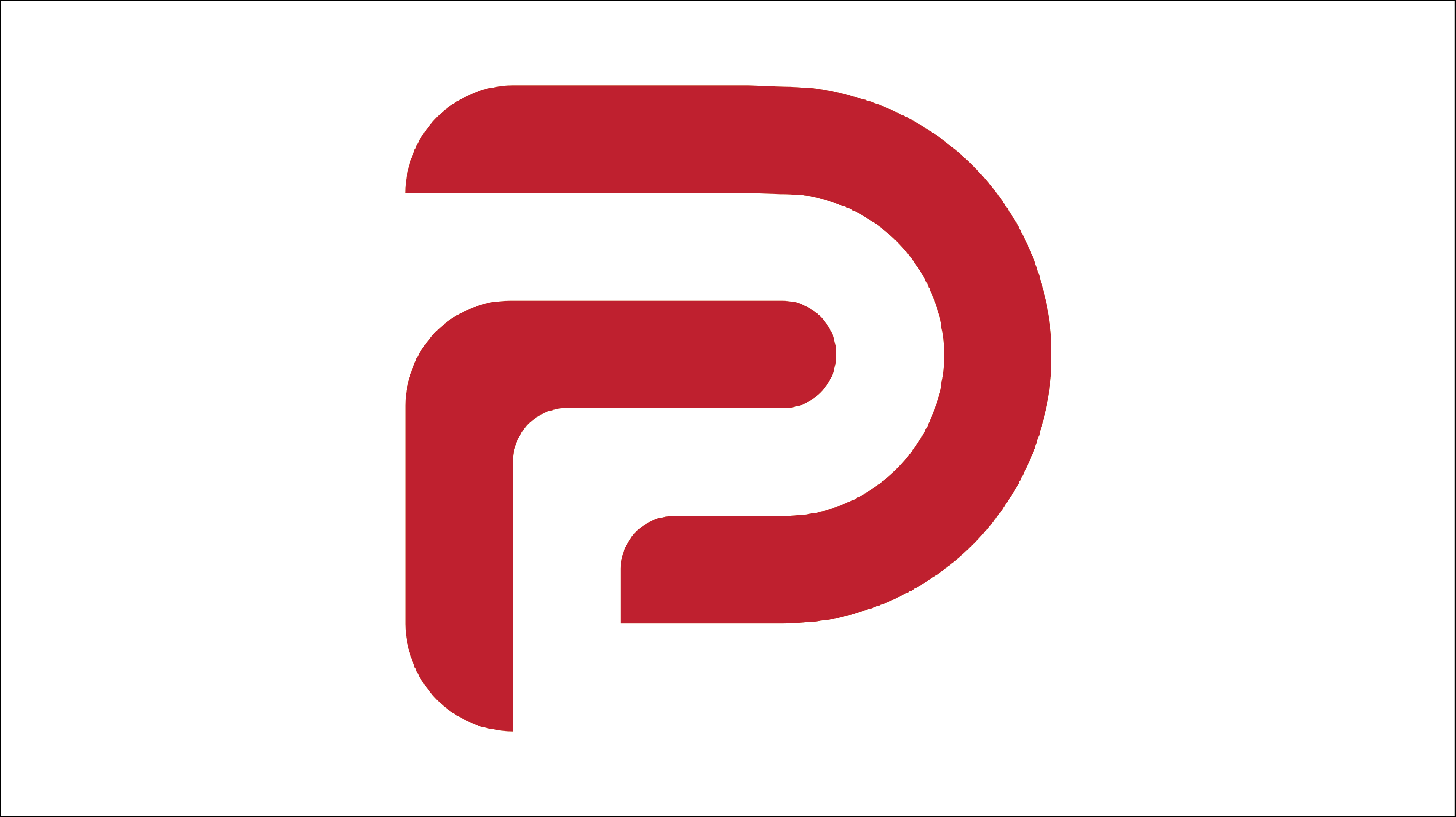