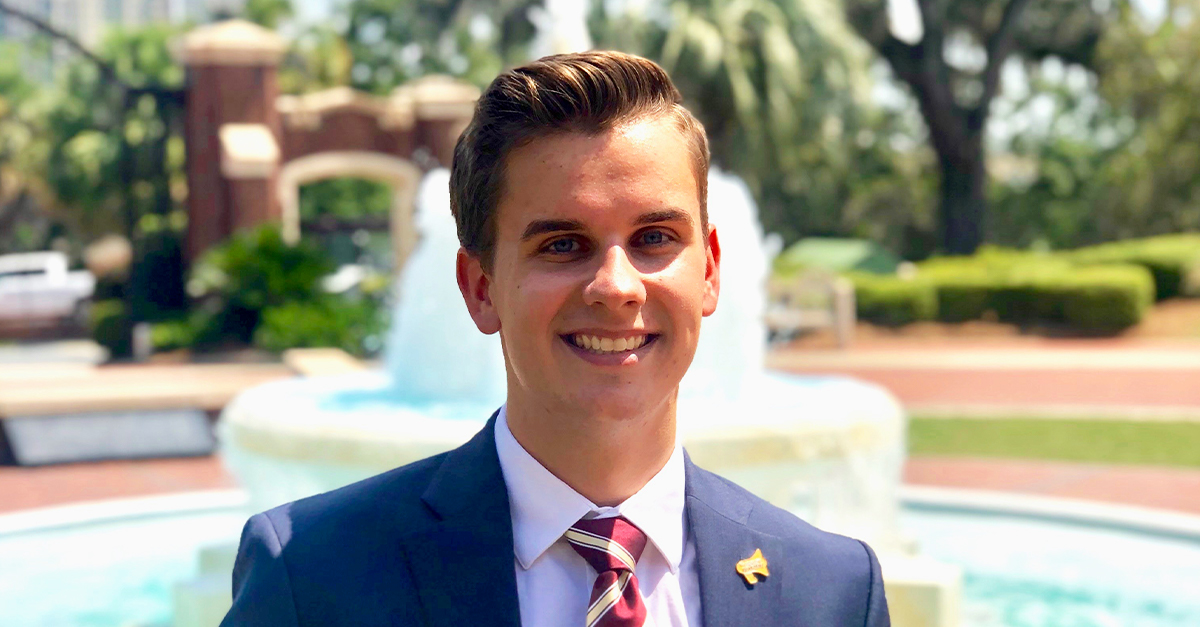 FSU student president removed for his religious beliefs is reinstated

Jack Denton, a Florida State University (FSU) student, has been reinstated as Student Government Association president by the university’s student government supreme court after being ousted from his position because of so-called “abhorrent” comments he made that “offended” other students. The decision came less than three weeks after a U.S. District judge found that Denton’s constitutional rights had been violated and ordered the school to resume paying Denton’s salary.

Denton, who is Catholic, had been removed from office by his fellow student senators after his views on transgenderism, Black Lives Matter, and abortion were made public. In a Catholic Student Union group chat, Denton stated that the causes Black Lives Matter and the ACLU support were “explicitly” against Catholic doctrine.

He mentioned Black Lives Matter “fostering a queer-affirming network” and defending transgenderism, as well as the ACLU’s support for abortion. Denton also discussed Reclaim the Block’s view that defunding the police will make communities safer, which he thought was also contradictory to the Catholic Church’s teachings on the common good. Denton referred to these causes as “grave evils.”

Denton sought redress with the university but, receiving no relief, eventually took his case to federal court. Denton, who is represented by Alliance Defending Freedom (ADF), claims that the decision to remove him from office based on his religious views violated his First Amendment rights.

The student government supreme court also ruled that removing Denton from office violated his First Amendment rights and ordered his reinstatement. ADF legal counsel Logan Spena hailed the decision, stating: “The school Supreme Court sends the message that students can’t be compelled to give up their right to free speech or religion to participate in student government on equal terms.”

Denton still has a pending case against the university. School administrators supervised the student senate session when Denton was removed, and the school also paid Denton’s salary.

This situation is another frightening illustration that many college students have no real understanding of the First Amendment. Instead of recognizing that everyone has a right to their own beliefs, they emotionally react to people who disagree with them as though holding an opposing viewpoint is tantamount to physical harm.

The student supreme court quoted a student senator as saying, “Although we are granted freedom of speech, when you are in a public office you are public property. And that means you must say things that won’t necessarily offend other people.”

This is false and illogical. No one loses their First Amendment rights just because they hold public office. As was recently discussed in the confirmation hearings for Justice Amy Coney Barrett, the Constitution explicitly bars the use of a religious test for officeholders. No one elected or appointed to public office is required to forsake their religious beliefs, nor must that person adhere to some childish rule that you must only “say things that won’t necessarily offend other people.” And holding public office certainly does not turn someone into “public property.”

By this standard, it is perfectly fine to label Denton a racist, homophobe, transphobe, or bigot for holding religious views. It is also acceptable to call him an evil sinner. And that’s because they genuinely believe that a person’s deeply held religious beliefs are not only offensive, but tantamount to violence.

College students have dangerously conflated speech they don’t like with violence, as can be seen in the previously referenced article for the FSU News entitled, “As Pride Month begins, transphobia and exclusionary speech within Student Government sparks outrage.” In it, Kundhavi Gnanam, a student senator, said the reason why Denton had to be removed from his position was because of a message she had received from a member of the LGBT community — “a member that was not just offended and scandalized by the rhetoric that Jack Denton used, but was scared, because people who have described me and my community as ‘grave evils’ have done it with the intention to not only hurt me emotionally but to hurt me physically.”

Denton expressed no such intention. In the context of a Catholic Student Union group chat, Denton expressed doctrinal views consistent with Catholic teaching in order to make other Catholic students aware of the causes that groups like Black Lives Matter support. To college students, however, disagreeing with the LGBT community or other progressive groups is “literal violence.”

Other students called Denton’s comments “troubling” and “discriminatory” and that his comments “threatened students’ right to feel welcome.”

This inability to handle words and ideas is starting to have potentially dangerous ramifications for the American way of life. When a person’s religious views — views that have been held by the Catholic Church for thousands of years — are considered violence, we are only a short step away from losing our freedom of religion and freedom of speech altogether.

*On the topic of censorship, check out Falkirk Center’s interview with Babylon Bee CEO Seth Dillon! 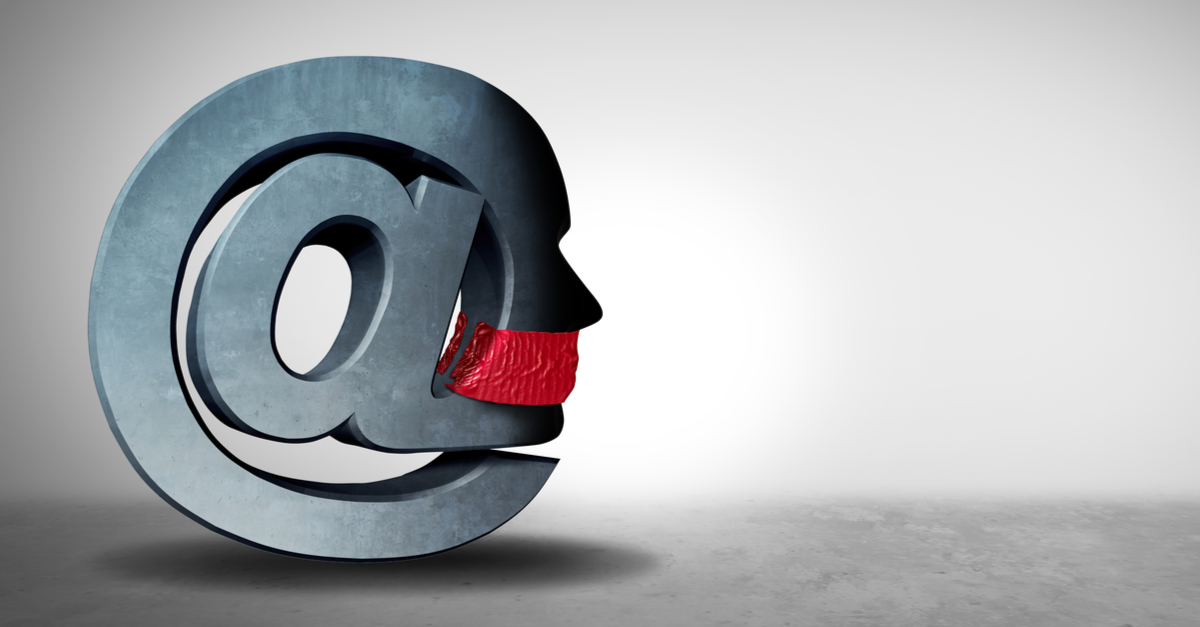