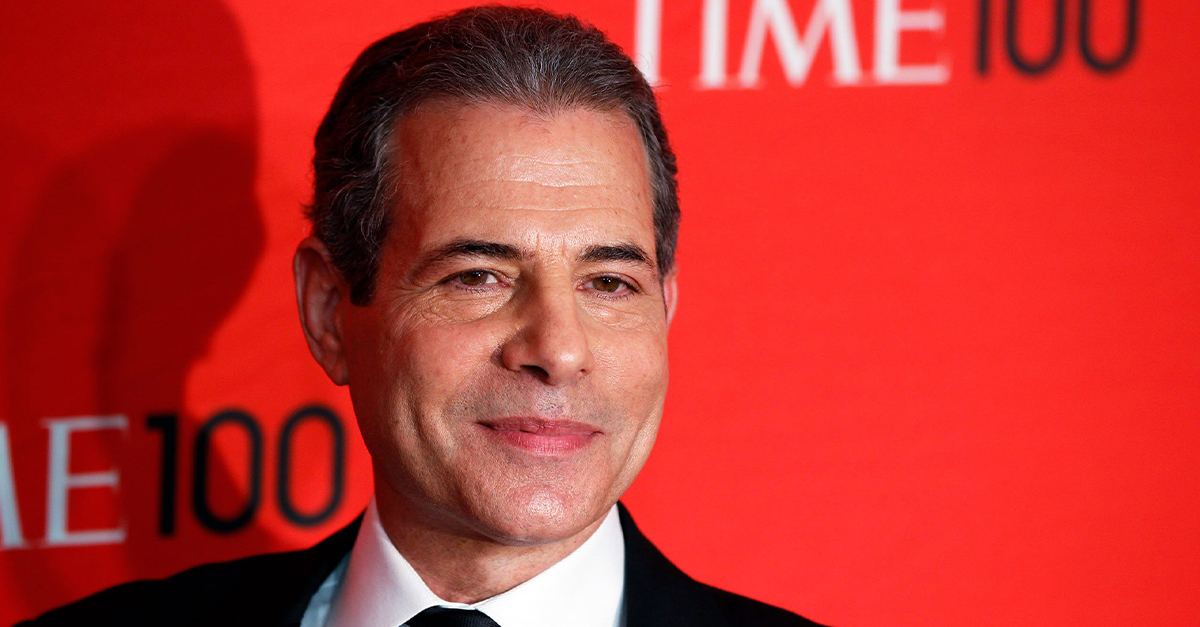 “For a president-elect who just called for everyone to ‘hear each other,’ he picked a top aide who wants to silence many. Since it would be difficult to select a more anti-free speech figure to address government media policy, one has to assume that Biden will continue the onslaught against this core freedom as president.”

That’s what George Washington University legal scholar Jonathan Turley said about Richard Stengel, Biden’s pick for transition team leader for the U.S. Agency for Global Media. The agency develops operates and develops content for Voice of America, the Middle East Broadcasting Networks, Radio Free Europe/Radio Liberty, and other channels, all of which help to promote American values, including, ironically enough, freedom of speech.

Stengel, a former managing editor at Time Magazine and a State Department official during the Obama administration, penned a controversial op-ed in the Washington Post in 2018 criticizing America’s right to free speech in which he claimed that America needs a “hate speech” law.

“All speech is not equal,” he wrote. “And where truth cannot drive out lies, we must add new guardrails. I’m all for protecting ‘thought that we hate,’ but not speech that incites hate.”

Stengel has even advocated a call to “rethink” the First Amendment and called the protection of all speech “a design flaw.” He stated, “Even the most sophisticated Arab diplomats that I dealt with did not understand why the First Amendment allows someone to burn a Koran. ‘Why,’ they asked me, ‘would you ever want to protect that?’ It’s a fair question.”

Seeming to overlook the fact that some sophisticated Arab diplomats probably also do not understand why the Fifth Amendment allows due process for those accused of a crime, even the really heinous ones, Stengel continued: “Yes, the First Amendment protects the ‘thought that we hate,’ but it should not protect hateful speech that can cause violence by one group against another. In an age when everyone has a megaphone, that seems like a design flaw.”

According to Stengel, many nations have passed laws to curb the incitement of racial and religious hatred since World War II, noting that the laws started out as protections against the kinds of anti-Semitic bigotry that gave rise to the Holocaust.

“We call them hate speech laws, but there’s no agreed-upon definition of what hate speech actually is,” he explained, but then providing his own definition. “In general, hate speech is speech that attacks and insults people on the basis of race, religion, ethnic origin, and sexual orientation.”

Turley responded that Stengel’s views are not American. “It is the European view that has destroyed free speech on that continent,” he explained. “We have previously discussed the alarming rollback on free speech rights in the West. It is a trend that seems now to be finding support in the media, which celebrated the speech of French President Emmanuel Macron before Congress where he called on the United States to follow the model of Europe on hate speech.”

Turley noted that Stengel is not the first Biden aide to indicate a crackdown on free speech in a new administration, and he warned that Biden himself has called for restrictions on speech. As an example, Biden and House Speaker Nancy Pelosi have called for social media companies to censor statements they deem untrue.

Social media has been one of the Democratic Party’s biggest allies, but also one of its biggest threats. If the American people are allowed to speak freely, the Democrat media machine has less power. As conservative radio host Rush Limbaugh has said, “Democrats long for the days before talk radio, not because the media was unbiased, but because they had a monopoly on the media.”

Stengel’s view is a threat to liberty, seeking to subject everyday citizens to the authority of elites who determine what is “appropriate” speech. His statements are so fraught with red flags that it is hard to know where to start.

Exactly. There is no objective, agreed-upon standard of what constitutes hate speech. Scripture teaches that marriage is between one man and one woman. If a person states that view, the liberal mob labels them a bigot and calls it hate speech. In Stengel’s America, any disagreement with the “correct” view is tantamount to violence.

At the core of the push to curtail speech is not the desire to stop the spread of falsehoods or hate, it is arrogant elitism and the desire to squash opposition. Stengel’s statements — “Not all speech is equal” and “In an age when everyone has a megaphone, that seems like a design flaw” — betray his attitude.

To paraphrase Sen. Ted Cruz’s strong comments to Twitter CEO Jack Dorsey: Who do you think you are? Who gave you the right to decide who can speak and what Americans are allowed to say and hear? Who made you the arbiter of truth? People a lot smarter than authoritarian bureaucrats ensured that Americans have a God-given right to free speech enshrined in the Constitution, and no tyrant — elected or unelected — has the right to infringe upon that.

Check out the Falkirk Center podcast with President of the Babylon Bee, Seth Dillon: