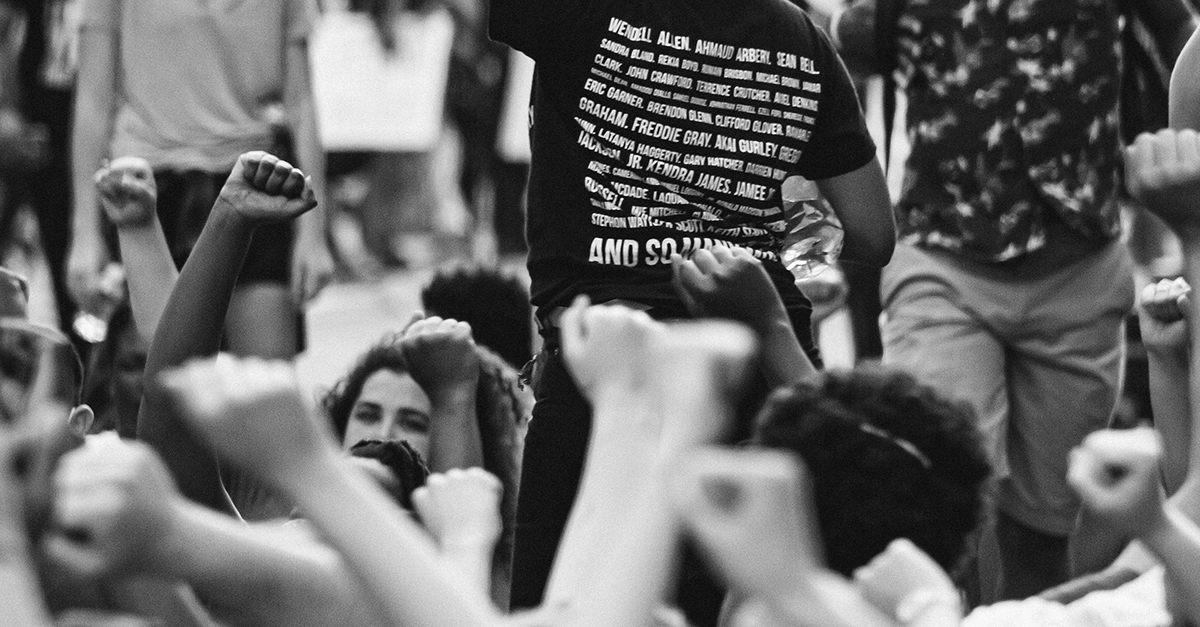 There are good ways and bad ways to approach issues in life. But when the issue itself is bad, there really isn’t a good or bad way to approach it. Sometimes we should just leave the issue alone.

Austin Suter recently published an article addressing “bad ways to engage critical race theory (CRT).” CRT proponents and sympathizers like Suter contend that they are “calling for a society that is egalitarian, a society that is just, and a society that is inclusive” and that they will achieve this by naming and combating the barriers to achieving such a society. Sadly, this rose-colored vision ignores the real-life fruit of CRT, namely the division of Americans according to superficial characteristics like race; bad teaching of history that distorts America’s past; and teaching Americans to hate their own country.

Suter, however, still believes CRT can serve as a useful tool, which is why he condemns “bad ways” of engaging with this philosophy. These include laziness (many Christians are too lazy to engage with CRT), flawed historiography (Christians are too ignorant of the racist sins committed in America’s past), and reactionary incredulity (Christians accusing our opponents of bad faith when they claim Christianity is inherently racist).

What is striking about Suter’s arguments is their own bad faith and reductionism. Faithful Christians who oppose CRT are not lazy. We’re constantly bombarded with CRT propaganda telling us that we must combat racism, both inside and outside of the church. We don’t have flawed historiography. We’ve never ignored the grievous sins in America’s past, including slavery. And, of course, it’s normal for us to react incredulously when people describe the Christian faith and its adherents as inherently racist.

Suter hopes to articulate “a vision for reading the work of critical theorists in a way that does not treat them as necessarily radioactive.” However, CRT is not just radioactive—it’s profoundly anti-Christian.

The Bible tells us we should have unity in Christ (Galatians 3:28), but CRT divides us by race and other immutable characteristics and reduces everyone into two simple categories: oppressor and oppressed. The Bible advocates forgiveness and love (Matthew 18:21), but CRT encourages enduring hatred and resentment over past wrongs and associations. The Bible promises forgiveness for sins (1 John 1:9), but CRT teaches that white people are racist from birth and can never fully atone for this sin.

According to CRT’s divisive ideas, even Martin Luther King, Jr., would be considered a racist today. King, a Christian pastor as well as a Civil Rights leader, yearned for a future where black Americans would be judged not on the basis of their skin color, but on the content of their character—a clear repudiation of CRT’s focus on immutable traits like race.

So why engage with CRT at all? After all, James writes in his epistle that friendship with the world is enmity with God (James 4:4). When Christians begin to act, sound, and speak like the world, what message does that send to both Christians and non-believers? What does it say when Christian leaders are relying less on the Bible and more on books written by secular woke scholars?

Suter and other well-meaning Christians need to understand that CRT is a likely death knell for the Church. It is a Trojan Horse that will import a dangerous, divisive, neo-Marxist world philosophy straight to the pulpit. You cannot serve both God and Marx.

Like CRT, Marxism sees everything in the world through the lens of a struggle between the oppressors and the oppressed. Marxists throughout the 20th century defined the world as a class struggle between the rich and poor. Cultural Marxism, the more modern and popular variant, sees everything in terms of race, gender, and sexuality. There is no individuality. Everyone belongs to a group that either oppresses or is oppressed: whites are inherently racist towards black Americans, men are inherently misogynistic, and so forth.

This philosophy is profoundly anti-Christian because it replaces salvation in heaven with salvation through social progress and it divides Christians into pointless categories instead of focusing on our shared unity in Christ.

Sadly, we can see the fruit of this divisive rhetoric even within Suter’s article. He ends by stating that his intention is to “set some guardrails for Christians to be more civil, humble, godly conversation partners as we protect biblical orthodoxy.” Yet the majority of his article is spent attacking Christians as lazy, ignorant, and reactionary.

Suter and other like-minded Christians should realize that we’re not lashing out because of racism, ignorance, or hatred. We simply don’t want to be unjustly accused of invented sins or sins committed by others. And we certainly do not want to see our churches destroyed by a thoroughly evil, insidious, and corrupting ideology that is eating us from within.

The only possible impact CRT can have on the church is to destroy it. This theory mercilessly deconstructs everything that doesn’t adhere to its belief system, and religious institutions are no exception. After all, don’t Biblically orthodox churches oppress women by not allowing them to become pastors and don’t they oppress the LGBT community by insisting on upholding Biblical marriage?

Pastor Richard Wurmbrand witnessed firsthand the effects of such worldly philosophies on the church. Wurmbrand lived in Romania during the Communist takeover of that country. In his autobiography, “Tortured for Christ,” Wurmbrand wrote that the communists “skillfully used the means of seduction toward the church.”

Attracted by the lofty rhetoric of communism, thousands of priests, pastors, and ministers declared that “communism and Christianity are fundamentally the same” and began to “compete with each other in yielding to communism.” Some church leaders became officers of the secret police and others who became “servants of communism instead of Christ” began to denounce and report on their colleagues and other Christians who did not join them.

The case of the men described by Wurmbrand should serve as a warning to Christians enamored by CRT today. These men of God were attracted by a corrupt, evil philosophy because it sounded nice and it seemed to explain how the world works. In their obsequious rush to satisfy those in power, they ended up betraying their brothers in faith and selling their souls.

Ultimately, there are many different ways to “engage” with CRT. None of them are helpful. Sadly, they are all equally bad.

You can view the Falkirk Center Podcast discussion on the heresies of CRT here: 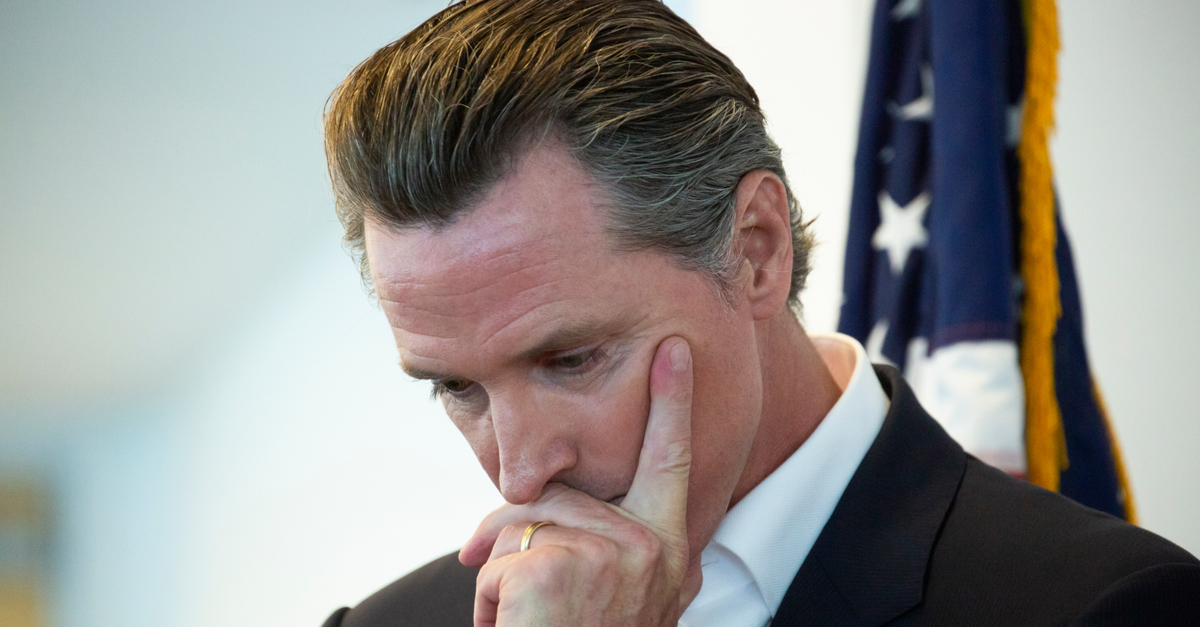