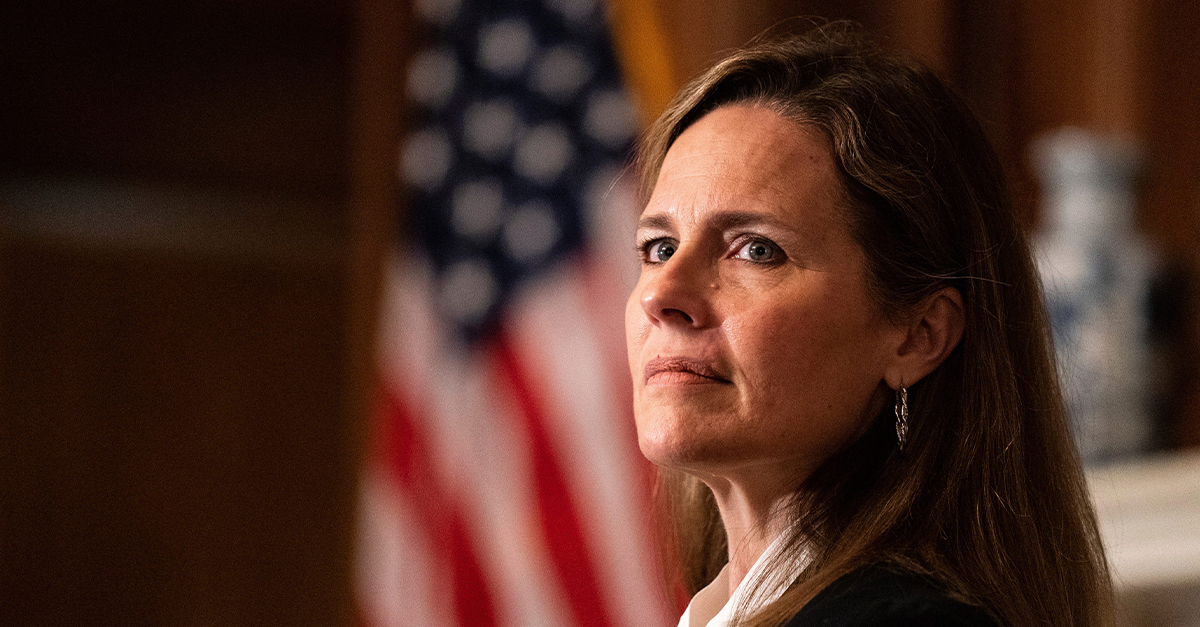 This evening, a decision was made that will embed a fierce shift in our country’s judicial trajectory.

This evening, the U.S. Senate voted 52-48 to confirm Judge Amy Coney Barrett to the United States Supreme Court. The devout Christian, wife, and mother of seven will be filling the vacancy left by the late Justice Ruth Bader Ginsburg, a resilient jurist who anchored the Court’s liberal bloc. The ideological shift that comes from replacing a bona fide liberal justice with a conservative justice is something Trump has not had the opportunity to accomplish until now.

This shift in judicial philosophy boasts a new opportunity to overturn one of the greatest tragedies ever opined by the high court: Roe v. Wade.

You will not find a “conservative justice” in Barrett, but rather an originalist who understands and reveres the primitive blueprints of the U.S. Constitution. Such devotion to the original text paired with an understanding of its native intent will manifest in opinions aligned with conservative values.

Many people may be asking: Why, as Christians, are we so invested in the confirmation of Amy Coney Barrett to the United States Supreme Court? While that is a fair question, the answer is simple: The Church has a duty to engage in and combat political matters that contradict the Word of God. The Bible tells us to pursue justice for the oppressed and that every human, born and unborn, is a Child of God and worthy of protection. How protections should be legislated is an important, though complicated dialogue.

But Christians must affirm, without intimidation or apology, that the judicially backed slaughter of hundreds of thousands of unborn babies every year is an abomination to God and a stain on our American heritage, and it should be an affront to anyone who dons the badge of Christ. It is a hallmark of God’s grace that the Church has not been held accountable for allowing this genocide to happen on our watch.

Four years ago, Americans voiced their concern for the oppressive natures of judicial overreach seen throughout the country. Freedom of expression, religious liberty for all, and inhumane abortion laws were becoming more entangled in the court system, posing a fearful threat to our fundamental freedoms. Four years ago, America said, “No more!” at the ballot box.

Four years later, their call-to-action has resulted in the appointment of three Supreme Court justices with records defending the very liberties that once hung in the balance. Not every jurist will rule the way every American wants, but Justices Neil Gorsuch and Brett Kavanaugh have proven to be far more in line with traditional American values than any jurist who would have been appointed by a liberal president.

So, who is Amy Coney Barrett?

Judge Amy Coney Barrett has been a judge on the 7th Circuit Court of Appeals since 2017. She is a devout Catholic Christian, wife, and mother to five biological children and two adopted children from Haiti. Before her appointment to the 7th Circuit, Barrett was a law professor for 20 years at her alma mater, Notre Dame School of Law. Amy Barrett will be the fifth woman, and the youngest ever, to sit on the Supreme Court. Barrett has shown courage in the face of powerful charges. During her confirmation hearing to the 7th Circuit, she received unmerited opposition from Sen. Dianne Feinstein, D-Calif., who tried to discredit Barrett’s ability to rule properly because she is a devout Christian. Barrett is also a former clerk of the late Justice Antonin Scalia.

Some have argued that Barrett should not have been considered for the Supreme Court because of her lack of experience as a federal judge. While it is true that she only has three years of experience as a federal judge, it should be noted that she has more appellate experience than one-third of the current justices: Chief Justice John Roberts, Justice Clarence Thomas, and Justice Elena Kagan, the latter having never even been a judge before she was appointed to the Supreme Court. All three of them, though, had substantial legal experience outside of the Court, as does Barrett.

As guardians of the Constitution, Supreme Court justices hold life in their hands, and the newly confirmed jurist is already instilling fear in the minds of those who wish to continue the killing of innocent unborn babies.

Many have portrayed the pro-life community as simply pro-birth with no concern for the mother. But this is simply not true. Take, for example, the Susan B. Anthony List. The D.C.-based group is among the leading pro-life influencers in the country and has a direct line to the White House. But this group is holistically pro-life with a program that intentionally seeks out and assists mothers who are considering abortions but see no future hope as a mother.

The idea that pro-life groups are simply pro-birth is a fierce misrepresentation of their life-saving agenda. Fundamentally, these groups’ efforts are the practical manifestation of their love for Christ which overflows into a passion to preserve the very life that He has granted.

The last time the Roe precedent was challenged at the Supreme Court was in 1992. Now, though, we’re seeing a repeat of this challenge currently rallying in the lower federal courts in the form of “heartbeat bills” that will likely be appealed to the Supreme Court. These bills specifically address the Roe precedent and have been heralded as a threat to Roe by experts on both sides of the political aisle.

Justice Barrett is a textualist, meaning she grounds her rulings in the Constitution of the United States. Religious liberty is granted to the people via the First Amendment.

In the last few years, we have seen an increasing element of religious bigotry shown towards the Christian faithful in America. In years past it was subtle, but now even in the federal sphere we see appointed judges and government executives questioned for their faith in committee and then subject to allegations that their faith somehow undermines their ability to fulfill their appointed duties. These religious tests are unprofessional, unethical, and unconstitutional.

Christian citizens are facing years-long legal challenges simply for adhering to their faith, and more cases will be making their way to the Supreme Court in the next few years. We need originalists like Amy Coney Barrett on the bench. We need warriors to take up the cause for justice for all and implement it fairly, morally, and constitutionally.

Be in prayer for Justice Amy Coney Barrett.

Be in prayer for our pastors who shepherd our nation’s leaders.

Be in prayer for young aspiring Christian politicians, that they will seek God before worldly affirmation.

And finally, pray that God uses this confirmation to undo the horror of abortion and that the Church would work in the hearts of culture to make abortion an unthinkable immorality. 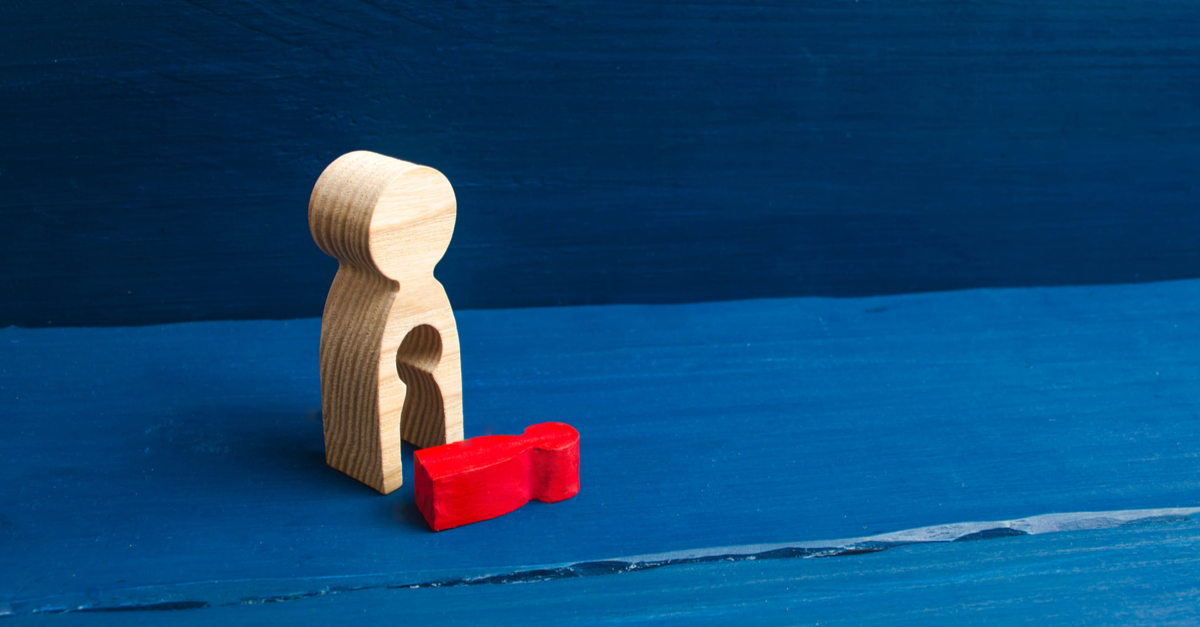 An Open Letter to Pro-Choice Christians: Is This What You’re Offering to God?