The judicial demographics of the United States Supreme Court are about to shift dramatically.

As soon as the late Justice Ginsburg passed away, liberals were overcome with fear and trepidation over the fact that Trump promised to fill her seat. But what are they so afraid of?

The answer is abortion. They’re terrified Amy Coney Barrett will vote against abortion when various laws or bills are introduced. Fox News reporter Shannon Bream told the Falkirk Center that because of Ginsburg’s heavy influence among the liberal bloc, Trump’s appointee will be flipping Ginsburg’s seat to a conservative-leaning influence.

“This appointment potentially has the opportunity to make a huge shift in the court and that’s something the president promised he would do,” Bream said

President Trump has shown time and time again that he is willing to do what it takes to keep America safe and fight for America’s core values. He’s been vetting the Supreme Court candidates to make sure they have what it takes to endure the brutal interrogations they’ll soon face and have the stamina to strongly fight on the seat. Trump has been given an incredible opportunity to replace Ginsburg’s influence with those that will truly stand up for life and fight for values that benefit, not harm, Americans. He’s not going to waste this.

Speaking days before Trump announced Amy Coney Barrett as his nominee, Bream said, “He wants to nominate someone and have conversations with them first and make sure that they are very intellectual and up to the challenge,” Bream said. “He knows that they are going to be pushed very hard during the confirmation hearings so I think that’s a big criterion for him, he wants to make sure that they can intellectually go toe-to-toe with the people that will challenge them not just in the nomination hearings but if they make it to The Court as well.”

Abortion is perhaps one of the largest human rights battles in history. The problem is, liberals like to argue that the child being aborted isn’t human, thus no issue. But conservatives believe the child is alive, thus abortion would equate to murder with this position. Democrats are so scared about the next justice fighting in favor of saving these innocent children’s lives, instead of voting for laws that end them.

The candidates for the justice position can’t be just any conservative, they have to be made of incredible strength and resolve, unwavering in their beliefs and able to debate and persuade. We need only look back two years to recall the vicious hearing of Justice Brett Kavanaugh. Democrats brutally went after not just him but his family as well. They did everything they could to tear him down and prevent him from being confirmed. Thankfully, he stood firm and survived the attacks.

Given how extreme liberals and the Democratic party have become, I expect nothing less for the next justice nominee. According to Bream, we can expect the nominee’s faith to be attacked.

“I think the democrats are not going to clearly go after her because she’s a woman or a mother, but I do think that they feel going after someone’s religious background is legitimate,” Bream said.

Nancy Pelosi may be considering impeachment, should Trump move forward with the nomination and confirmation. She stated that impeachment “isn’t off the table” and that they “have arrows in our quiver.”

“Democrats have told us they will use every rule, every procedure, every ‘arrow in their quiver’ they have to try to slow down this confirmation,” Bream said. “But the fact is at the end of the day they don’t have enough procedural tools at their disposal, so this hearing, it appears is going to happen.”

According to Bream, however, they will dig through every article written and job held to try to find one little piece of dirt to taint an otherwise innocent person’s name. They really should save themselves the time, though. As we saw with Kavanaugh, if they can’t find anything to bring down the candidate, they’ll just create something.

This isn’t to take a position on Dr. Ford, but to refer to the evening when Kavanaugh was nominated. The evening of and the day after Kavanaugh’s nomination, which was weeks before Dr. Ford’s allegations arose, Democrat leaders including Sen. Chuck Schumer, D-N.Y., Sen. Kamala Harris, D-Calif., and many others released statements saying that they were going to oppose Kavanaugh with everything. Schumer’s release mentioned abortion in five out of six paragraphs. This wasn’t about Dr. Ford; this was about abortion.

Regardless of political party, however, Bream said candidates for Supreme Court justice should be applauded.

“I think any nominee that is willing to step up when called upon to join the Supreme Court is someone that we should thank for their willingness to come into public service and for coming into the fray,” Bream said. “As well as bringing their family into it, whether this happens under a Democratic or a Republican president.”

She’s absolutely right. Whoever goes through the brutal test and interview attacks that justice nominees go through should be thanked, since it doesn’t appear to be an easy time. But as we’ve seen in these last few years, it is on the Democrats to show professionalism and class during the confirmation process. 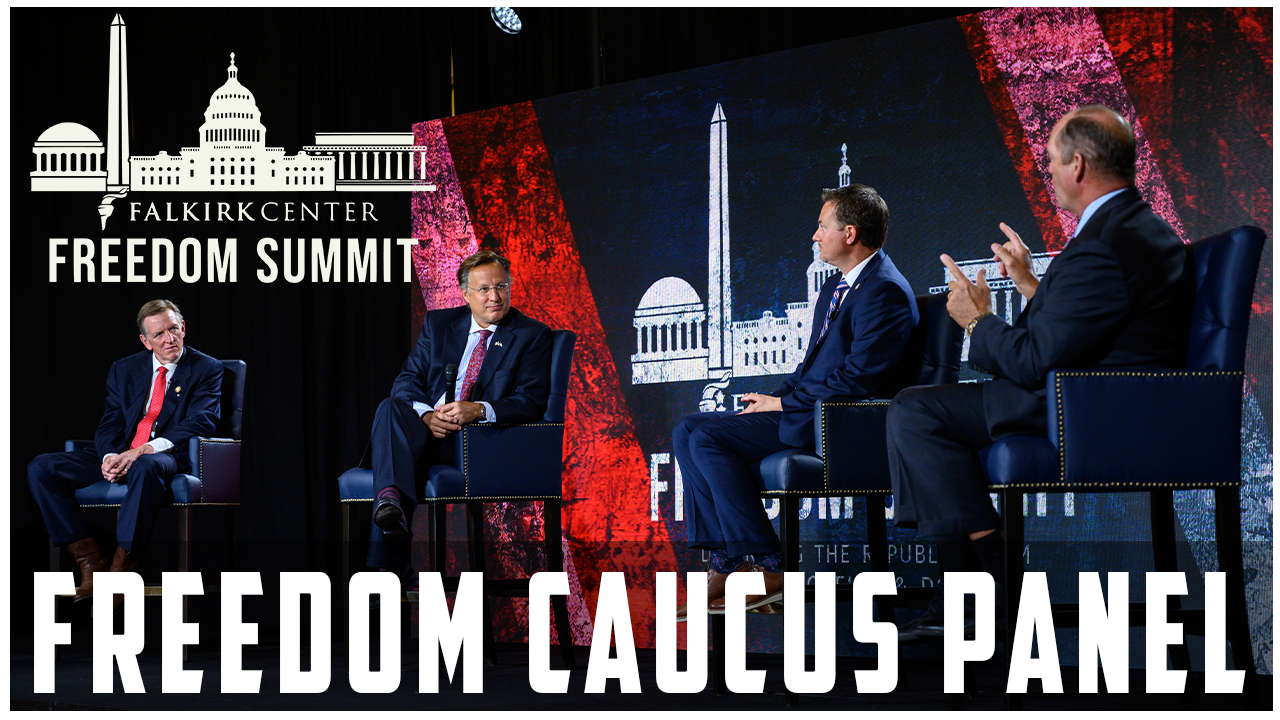 Members of the Freedom Caucus, U.S. Congress, Response to China