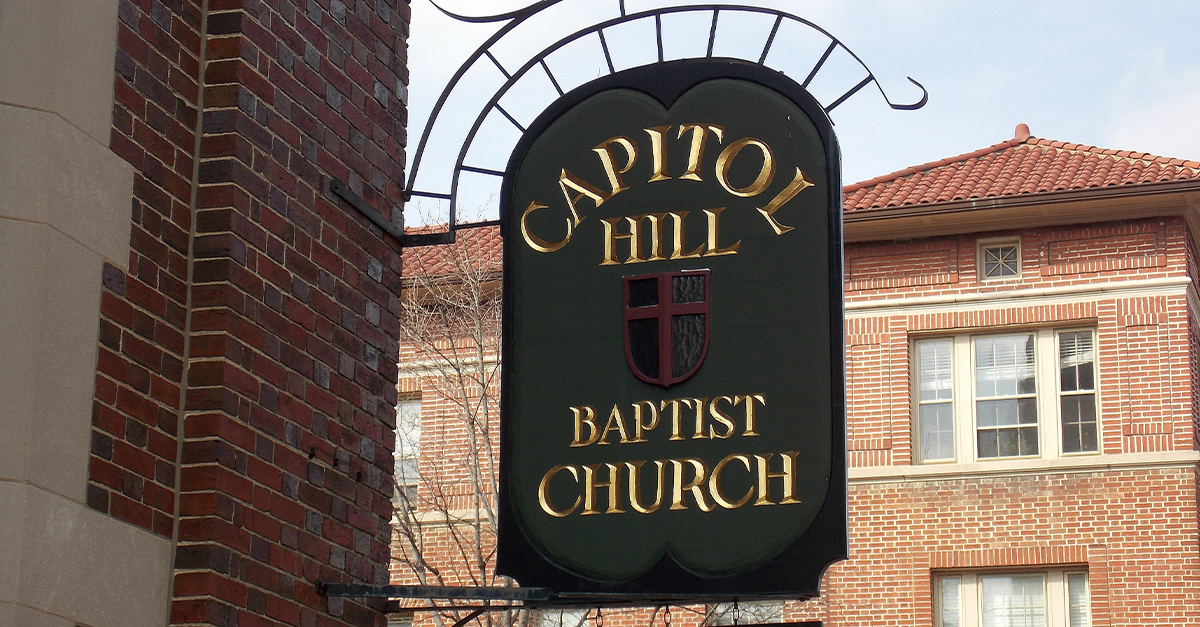 The court papers further document a list of events that support their claim that the restrictions have been unfairly applied:

“Meanwhile, Defendants have been discriminatory in their application of the ban on large scale gatherings. For example, on June 6, 2020, Mayor Bowser appeared personally at an outdoor gathering of tens of thousands of people at the corner of 16th and H Streets, NW and delivered a speech describing the large gathering as ‘wonderful to see.’ Similarly, on four occasions between June and August 2020, the District’s Metropolitan Police Department closed city streets to accommodate protests and marches of thousands to tens of thousands of people. And only three weeks ago, the Mayor coordinated with organizers of the Commitment March on Washington to ‘re-imagine’ the five-hour event on the steps of the Lincoln Memorial for several thousand people in attendance to hear an array of speakers.”

“Since its founding in 1878, CHBC has met in-person every Sunday except for three weeks during the Spanish Flu in 1918. That changed following Mayor Bowser’s first orders concerning COVID-19 on March 11, 2020. Since that time, the members of CHBC—most of whom live in the District—have been unable to meet in person, as one congregation inside District limits (even outdoors).

We are thankful for our mayor and her dedicated efforts to support various interests in D.C. balancing First Amendment freedoms with public health concerns. Meeting in-person as one congregation is a deeply-held religious conviction for which there is no substitute. Our simple desire is to have a community and one that meets together safely.

CHBC has applied for multiple waivers to the policy, but District officials refuse to provide CHBC with a waiver beyond 100 persons as part of a mass gathering. The lawsuit filed Tuesday simply asks that CHBC be permitted to meet in-person, with similar restrictions as area businesses and other gatherings have employed to protect public health.

CHBC joins a handful of churches across the country who have taken legal action regarding unfair discrimination of COVID-19 enforcements. These churches are echoing the apostles’ words in Acts 4 when they boldly state that we must obey God rather than men.

The discrimination by authorities in D.C. and in other parts of the country is not subtle. At first, home improvement stores and liquor stores were able to open while churches remained closed. In the months since the outbreak of COVID-19, the targeting of churches has become even clearer. Across the nation, mass protests have taken place with the blessing of many of those in positions of power. Churches simply want to worship together and are willing to install safety measures. Yet governors and mayors continue to deny them that fundamental right.

In the case of CHBC, the church requested an exception to meet if they followed proper safety standards, but their petition was denied.

Mayor Bowser’s office told The Christian Post that “the pandemic has placed us all in a tough situation, leading us to make adjustments to all aspects of our lives.” Evidently “all aspects” does not include mass protests, but does include the exercise of your faith.

As was stated earlier, CHBC is not the only local church to find themselves in a legal battle. Pastor John MacArthur of Grace Community Church in Los Angeles County took proactive measures and told the California government that they are going to meet inside his church despite the legal consequences that ensue. MacArthur has since faced threats of fines and eviction for continuing his moral defiance.

A rational person can only conclude one of two things: either government officials are purposely targeting churches, or they view church gatherings as non-essential.

Neither of these views are compatible with scripture, thus these churches have every right to exercise legal action and civil disobedience. Many who came to America sought freedom to worship apart from a state-run church. Freedom of religion was a central tenet to the founding of our nation and is protected by the Bill of Rights.

Christians are commanded by God to meet together consistently, whether officials agree or not. Around the world, persecuted Christians defy the government and meet together because while we obey leaders and render to Caesar what is his, our first allegiance is to God and we render our entire being to Him.

In the United States, we have the God-given right and constitutional affirmation to meet together. No official has the right to infringe upon that right and any attempt at doing so exceeds their given authority. CHBC understands that the Church is a body of believers who must be allowed to meet together. CHBC’s attempts to work with the Mayor’s office were unsuccessful and thus demand greater action.

May more churches across this nation stand up and say, “We must obey God rather than men.”