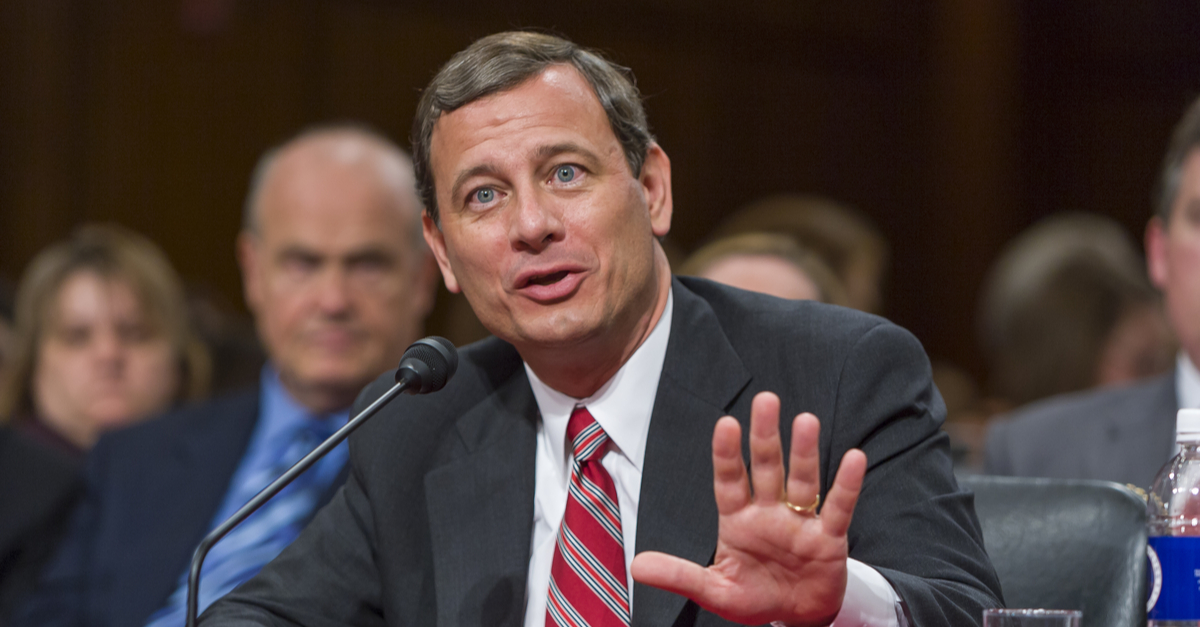 Why do conservative Republican justices like John Roberts and Neil Gorsuch shock us with rulings that clearly disregard the meaning of the Constitution? No Democratic Party nominee for the Supreme Court has been such a “surprise,” yet most Republican-appointed justices betray the Constitution’s intentions and the rule of law.

The key to understanding this abysmal situation is to realize that like their more left-leaning associates, the so-called conservative legal establishment in America is dominated by individuals who embrace legal positivism and reject natural law.  In other words, they reject the presuppositions and values of individual liberty, inalienable rights as a Providence of our Creator, and the other cornerstone principles upon which our legal justice system was established by our founders.

The Constitution was established on the foundation of the Declaration of Independence, which established the principles of the new republic. The cornerstone principle is that all mankind is made in the Image of God, which grants that certain rights come from God not government.

In contrast to this, legal positivism asserts that rights flow from government, and the law is nothing more than that which is set by the government. Justices who embrace legal positivism in a conservative form while rejecting natural law can neither truly understand or be faithful to the meaning of the system established by the Declaration and Constitution.

Let’s consider a brief primer on legal positivism. It arose in the 18th century with the writings of Jeremy Bentham and John Austin. They based legal positivism on the application of empiricism to the law and on rejecting biblical natural law.

Some legal minds afterward tried to reconcile natural law with legal positivism by searching for natural law principles while using only materialistic reasoning, apart from any divine revelation or higher law of God’s judgment. However, reason alone does not produce objective rights. Legal positivism and natural law quickly formulate fundamental conflicts against one another. Legal positivism, for example, allows for many unjust things, such as justifying war crimes to win a conflict.[1]

Sir William Blackstone set forth the natural law view that an unjust law is not law. Any law that violated the inherent rights of individuals was unjust. Further, Blackstone held that other government authorities had the duty to defy such so-called laws because they were unjust and in defiance of a higher law: the authority of God. He concluded that positive law needs to be ordered under natural law, and in fact should be a codification of natural law.

Austin strongly attacked Blackstone’s position as unworkable. The legal positive he advocated was that any law was legal unless it violated an explicit provision of a constitution or superior statutory authority, in other words, government. Further, the argument that a certain alleged right was just or desirable did not make it a right or law. Rights would only be rights if codified into law by human government.

However, it was not the legal positivists of the 19th century who dethroned natural law in the West. Rather, it was the secular statists of that century’s German School of Philosophy who displaced natural law in Western governance.[2]  Foremost, it was George Hegel, who began the German School of Philosophy, which quickly became a direct challenge to the Christian worldview of the West, especially targeting ideas of natural law.[3]

Hegel wrote that the state was a metaphysical reality not subject to objective outside restraints such as natural law.  Further, the state had the right and will to choose between following any law or disrespecting any law. Hegel insisted that strict legal positivism alone governed man and no rights as conceived in natural law exist. [4]

Hegel’s school spread rapidly across Europe, which already digressed into a much weaker Christian culture and natural law tradition compared to the United States. The result was that legal positivism became dominant even in Common-Law England. The German School spread to the U.S.  in the 19th Century, and with it came Higher Criticism to undermine Christian influence among the societal elites here.

One follower of the school of legal positivism in American higher education was Christopher Langdell, who became dean of Harvard Law School and introduced the case study method.

Legal education in America was still at that time rooted in traditional teachings of the principles of the Republic, including natural law and common law, but the case study method intentionally neglected the framework principles of the law.

The result was multiplying the numbers of lawyers who had little fidelity for the law itself and only searched for the method of victory in a singular case. The case study method spread and paved the way for the breakdown in the belief in natural law and the Constitution. Furthermore, it led to more embrace of legal positivism and judicial activism.[5]

The 19th Century German School of Philosophy and legal positivism gained dominance in the American government during the Presidency of Woodrow Wilson. In his book Constitutional Government, Wilson wrote: “I cannot imagine power as a thing negative and not positive.”

Further, Wilson wrote that: “No doubt a lot of nonsense has been talked about the inalienable rights of the individual, and a great deal that was mere sentiment and pleasing speculation has been put forward as fundamental principle.”[6]

Wilson rejected natural law, and he also flatly denied the Declaration of Independence as the founding document of the United States, considering it irrelevant. American government and legal thinking were fundamentally changed by Wilson.[7] The role of the state was elevated, and the stage was set for the introduction of group rights incompatible with individual liberty. Legal Positivism took control and natural law receded as a long-term process of decline began.

The elites progressed over the 20th Century into a stronger embrace of Hegel’s ideas that rights come from government and are not objective nor present in humanity made as an expression of the image of God.[8] Of optimal priority is to realize is the dominance of secular legal positivism as it erodes further the foundation for natural rights and the authority of the Constitution itself.

Consider one example: abortion rights.  Ideas of rights secured from government and provided to a specially protected group warping the understanding of what having actual rights even means. By nature, rights are individual because each person is individually made by God (Jeremiah 1:5).

In popular opinion today, the group’s “rights” (in this case, women) have been distorted into a right to abortion, to kill an unborn person despite facts observed: the human product of human conception is biologically replete and individually developing as a human being. Yet now, the abortionist’s demand to empower the specially protected group must be met, and the personhood of this pre-born human being must be suppressed and forgotten.

Consider how the right to abortion is a group right created at the expense of the individual in-utero person’s right to life.

Further, the right to abortion has an economic materialistic determinism to it, much like in the case made for slavery. The fetus, like the slave, is the economically weaker party, and he or she is sacrificed for the convenience of the stronger party, the specially protected identified group. This shows us a dangerous precedent that imperils all human rights.[9]

In light of this, what can we do?

George Washington warned in his farewell address, “It is substantially true that virtue or morality is a necessary spring of popular government. The rule, indeed, extends with more or less force to every species of free government.” [10]

The Church holds the key to a turn-around restoration of morality, truth, the protection of liberty, and an honest embrace of human rights. As a final consideration, bear in mind that the American Church must have a revival and repent of its sins and truly follow God’s Word. The revival of the Church would enable a transformation of the culture, which would enable the establishment of a new governing class that embraces biblical natural law.[11]

[3]       The tenants of the German School of Philosophy can be summarized as (1) Socialism – Government as the god of Society; (2) Evolution; (3) Rejection of objective morality: and (4) Group Identity –individuals are required and judged by conformation to their group – racial, economic etc….  See George F.W. Hegel,   The Philosophy of History, Translated by J. Sibree (1837). 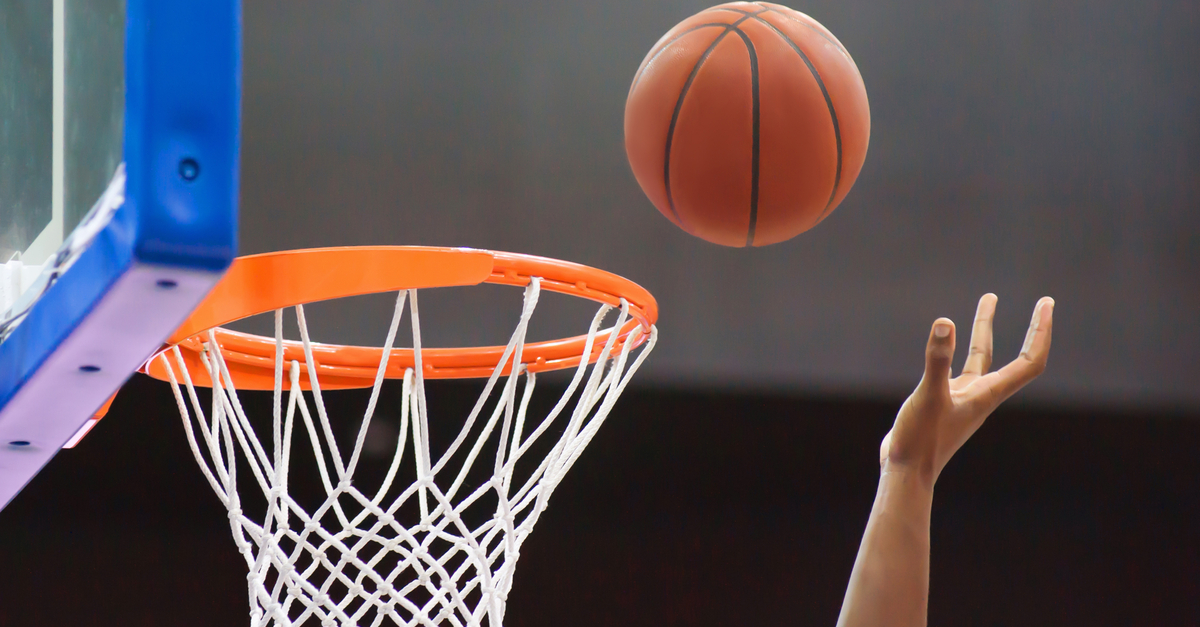