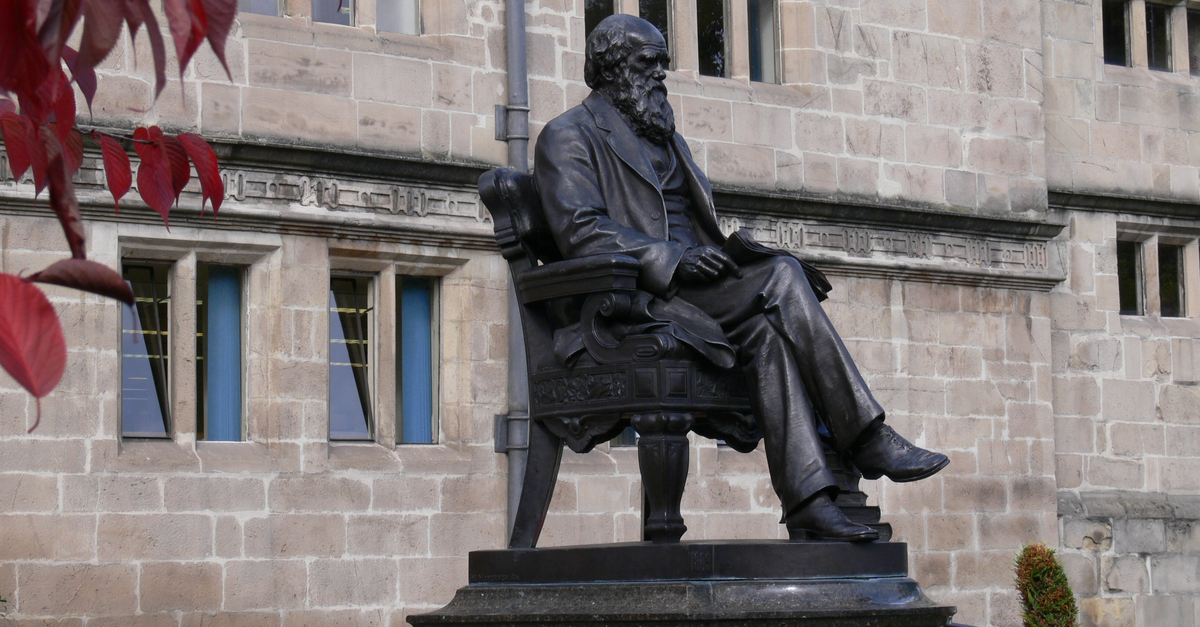 As cities across the nation take a hard look at themselves through the lens of the Black Lives Matter movement, given a recent boost of momentum by the police death of George Floyd, one of the biggest issues on everyone’s minds is systemic racism.

Systemic or institutional racism, advocates against it would say, is the covert system in which black American people have unduly and disproportionately lessened or impeded access to the goods, services, and opportunities in a community. These can include an education, treatment within the legal system, housing, or even income and wealth.

At the moment, the debate as to whether or not systemic racism actually exists has been reignited. Those far more intelligent and experienced than I am (like Thomas Sowell) have fought that battle.

What I am here to say, however, is that if systemic racism exists in the West, we owe it to the one man who has shaped Western thought and anthropology more than any other: Charles Darwin.

Catchy Facebook memes usually try to paint Darwin as a racist by bringing up the full title of Darwin’s immortal work, “On the Origin of Species by Means of Natural Selection, or the Preservation of Favoured Races in the Struggle for Life.”

Such memes are inaccurate and intellectually lazy. “Races,” in Darwin’s time, could as easily have referred to different types of cabbage as different types of people, and Origin of Species focused exclusively on the animal kingdom. In short, the book has little or nothing to do with racism.

In 1871, however, Darwin wrote The Descent of Man, and Selection in Relation to Sex, an application of his evolutionary theory to anthropology. It is this book, or, more accurately, what this book has been used for, that has harmed more people of all races through the gruesome pseudoscience of eugenics.

To his credit, Darwin himself was an abolitionist and reportedly abhorred the inhumane treatment of black slaves—especially the use of thumbscrews.

Nonetheless, after Darwin’s success with Origin of Species, the world was itching to hear him apply his evolutionary theory to the origins of humankind.

What they got, according to an EMBO report by Steven Rose, went something like this:

…[Darwin] was committed to a monogenic, rather than the prevailing polygenic, view of human origins, but he still divided humanity into distinct races according to differences in skin, eye or hair colour. He was also convinced that evolution was progressive, and that the white races—especially the Europeans—were evolutionarily more advanced than the black races, thus establishing race differences and a racial hierarchy.

This is to say nothing on Darwin’s theory of the superiority of the male over the female based largely on skull and brain size.

Again, to be fair, Darwin’s theory of common ancestors for all the races (monogenic) should have silenced racists in the scientific community. Proponents of Darwin’s influence on the abolition of slavery argue that racists of the time were convinced that only whites could be traced back to Adam and Eve, therefore other races were not created in God’s image and their enslavement was acceptable.

Instead, however, Darwin’s work paved the way for a whole new problem: the more highly evolved status of some humans over others, and the desire to weed out those whose inferior traits  would taint the gene pool of the human species.

In an essay titled “In the Name of Darwin,” Yale professor Daniel Kevles notes that: “The word ‘eugenics’ was coined in 1883 by the English scientist Francis Galton, a cousin of Charles Darwin, to promote the ideal of perfecting the human race by, as he put it, getting rid of its ‘undesirables’ while multiplying its ‘desirables.”

The premise of the eugenics or “social Darwinism” movement launched by Galton, basically, was that the higher-evolved members of civilization should help the process of natural selection along—by force or coercion if necessary.

Galton’s theory, largely seen as the logical conclusion of his cousin Darwin’s, caught on quickly in the scientific community, influencing medical professionals like Dr. Benjamin K. Hays, a practicing medical doctor in Oxford, North Carolina who served as the Chairman of the Medical Society of the State of North Carolina at the turn of the century.

Hays wrote a tract heavily reliant on Darwin’s work titled “Natural Selection and the Race Problem,” in which he writes that “there is a certain point at which races and nations have seemed grown. They pass into a lethargy or decadent period, and from this they never advance.”

“The African,” Hays said, had reached that “state of lethargy,” declaring that “at the dawn of history, he was fully developed, and during the past three thousand years he has not made one step of progress.”

Hays speculated on what might happen should the “negro’s” status in society elevate beyond his evolutionary capacity, concluding that “so long as the negro renders this service he is protected by the white man as a gardener protects his hot-house plants.” He also tossed in a few stern warnings that, if the African American is not subjugated, a whole lot of white women are going to end up raped due to his “depraved nature.”

Darwinian influence on science, sadly, was not limited to a few racist publications.

The twentieth century saw the forced sterilization of all manner of society’s “undesirables,” black, white, or otherwise. The US Supreme Court even defended the right of the state to forcibly sterilize such people in Buck v. Bell.

“There were all kinds of categories of people who were deemed to be unfit [to procreate],” author Adam Cohen told NPR. “The eugenicists looked at evolution and survival of the fittest, as Darwin was describing it, and they believed ‘We can help nature along, if we just plan who reproduces and who doesn’t reproduce.’ ”

Eugenics is by no means dead. Revived in 1994 by Charles Murray’s The Bell Curve, those who wish to prop up the erasure of “undesirables” with pseudoscience were given a kickstart.

Though America doesn’t see blatantly coerced sterilization today, most states do offer free sterilization services to anyone poor enough to qualify for them through their Medicaid programs.

More subtly, however, we see the strategic placement of Planned Parenthood abortion mills in some of the nation’s poorest communities under the guide of improving “access to care” to underserved communities.

If social Darwinism had infected institutions such as government and medicine in past centuries, that’s your argument for systemic racism.

If modern society persists in upholding the cherished belief that all humans came to be by an impersonal, random process of evolution—rather than lovingly handcrafted by their Creator—Darwinism leaves us with only two options. Either some classes of people are inherently lower than others due to having evolved from lower progenitors, or some classes of people have not evolved as highly as others from the same progenitors.

It is only the worldview that sees the hand of God in the creation of a beautiful spectrum of people, all equal with one another at His feet, that we could even hope to overcome the sin of racism. 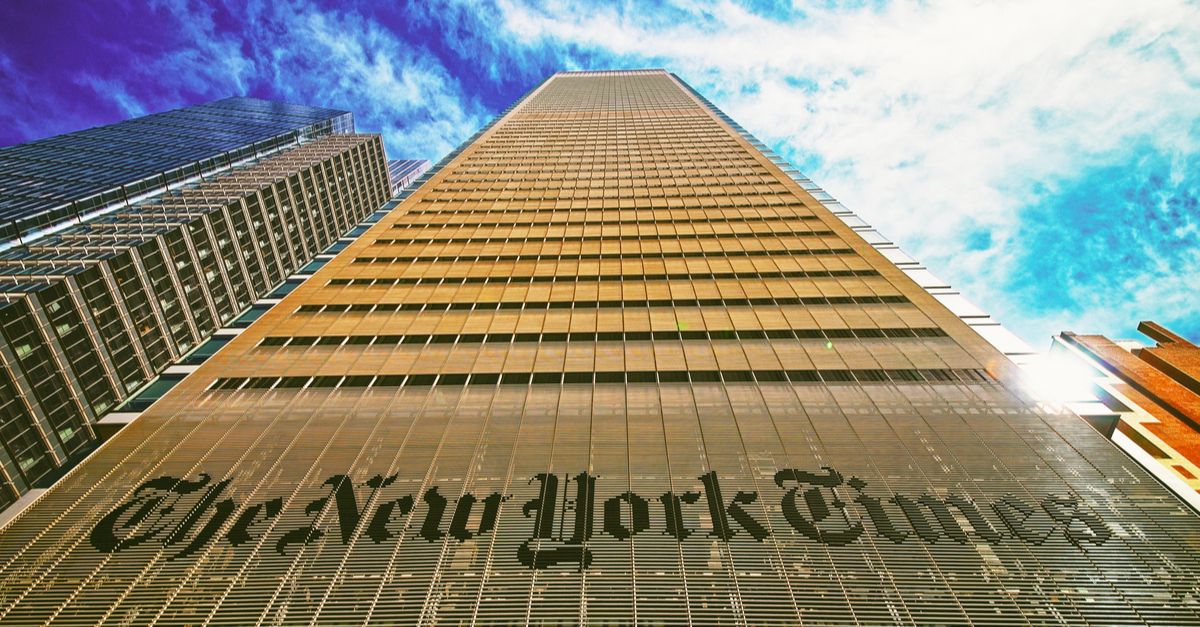