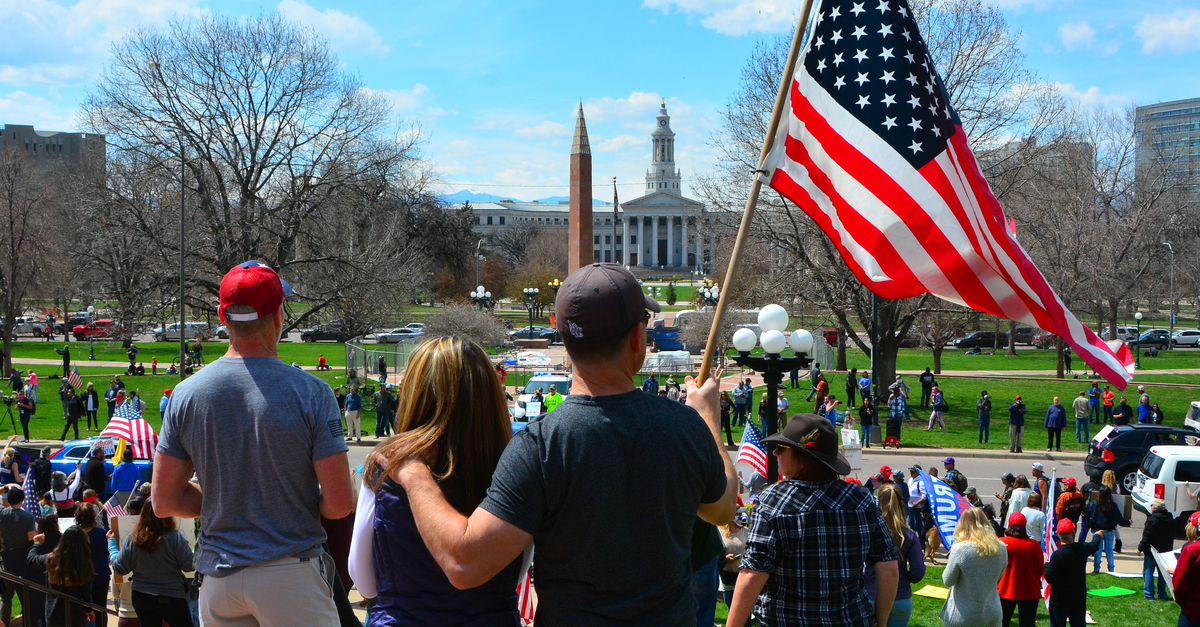 (Photograph taken April 19, 2020. Protesters gathered at the Colorado State Capitol to oppose the state’s stay-at-home order and other social distancing restrictions because of the coronavirus.)

In the midst of such difficult times, we should be working tirelessly to protect and defend our freedom, not ceding it to would-be tyrants who claim they’re trying to “protect” us while trampling on our rights.

Benjamin Franklin once said, “Those who would give up essential liberty, to purchase a little temporary safety, deserve neither liberty nor safety.” That understandable fear for safety amid this current pandemic is exactly what some states are seeking to exploit.

As the United States faces a global pandemic, many Democratic Party politicians are offering to “help” keep their constituents safe. What they fail they mention is that the price to keep you safe is your liberty. If you’re willing to cede that to them, then they promise they can protect you from the evils of the outside world.

From North Carolina to California, Democratic leaders are exploiting this time of crisis and selling an Orwellian fiction in an attempt to expand their power, under the guise of protecting the common good.

The examples have become numerous, from Michigan Governor Gretchen Whitmer (D) banning the sale of fruit and vegetable plants; to Greenville, Mississippi, Mayor Errick D. Simmons (D) fining church-goers $500. Democratic legislators have a clear message: obey my rules and I’ll keep you safe; step out of line and face the consequences.

At first, many Americans accepted the deal. But, as is typical for those living under tyranny, the longer the crisis dragged on the more the people began to resent the bargain they’d unwittingly made. Not only would thinking Americans never give up our cherished liberties, but also we recognized that Democrats can’t even keep up their end of the bargain.

The state cannot possibly keep us safe and protected from all possible harm. The goal is to “flatten the curve,” not ensure total security.

The Constitution does not give the government the power to keep Americans safe from all conceivable harm or to obliterate all risk. Life is an inherently dangerous activity, and the public welfare doctrine only provides for reasonable regulations, even in the midst of a national health crisis. What we’re seeing in some states is indefensible.

In Michigan and North Carolina, protests erupted. In Mississippi and Kentucky, lawsuits were filed. The American people began to see the reality of the “safety” offered by Democratic authoritarians, and they wanted no part of it.

The American people began to see that the path forward offered by the Democratic authoritarians is feudal in nature, the same type of repressive illusory safety that we have been fleeing since our founding.

The bargain was simple, and should be rejected at all costs. No temporary safety is worth ceding our most precious, sacred rights.

Ryan Fournier is a political commentator and serves as the National Co-Chair and Founder of Students for Trump.

Jenna Ellis is a constitutional law attorney and the Senior Legal Adviser to the Trump 2020 campaign. She is an attorney to President Trump and the author of “The Legal Basis for a Moral Constitution.” 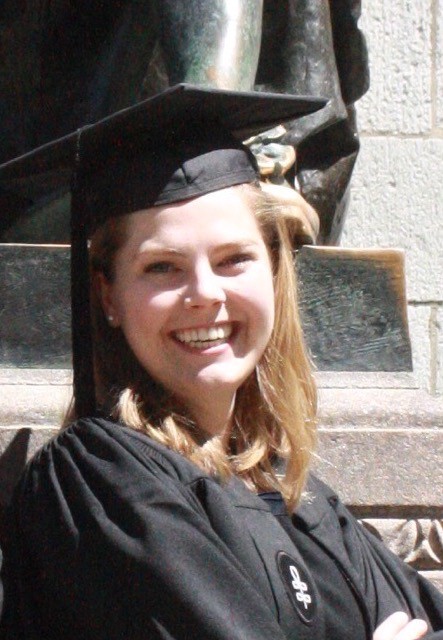 Harvard Law School Calls for Ban on Homeschooling; Homeschooled Harvard Graduate On Why This is Wrong