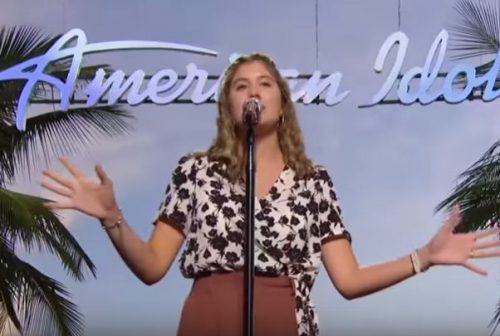 Seventeen-year-old singer/songwriter Camryn Leigh Smith walks the talk of her faith—even when set down amid the carnal and profane world of Hollywood. This young worship leader walked onto the American Idol platform a strong Christian, but she was sent home more convicted than ever of her God-given purpose.

Camryn accepted the Lord at age six, feeling the pull of the Holy Spirit at even at such a young age. Since then, she’s been living her life for Jesus. Like many believers do at some point, she wrestled with God over a worldly issue that had gotten control of her. She never discussed this secret battle with anyone, but even in her silence, the Lord spoke to her soul, revealing the freedom found only in Him. So, at age 14, the depth of Camryn’s relationship with God significantly shifted, and she reached a place of knowing Him as more than God, but also as a Father and Friend.

Because her parents are both worship leaders, Camryn started singing with them at different churches throughout her early childhood. But after her first voice lesson at age eight, she started spreading her wings and taking the stage on her own. Their church home in Georgia soon invited Camryn to lead worship for their congregation—an extraordinary position for such a young girl.

Several years ago, Camryn began exploring the secular music world and started writing and playing instruments. With a foot in both worlds—Christian and secular music—she didn’t really know which direction her career would take her.

That is, until American Idol pulled down the curtain of uncertainty.

Making it onto Season 18 of the iconic television show, Camryn sang several pop songs that took her all the way to the Top 40 performance in Hawaii. By that stage, she wasn’t feeling as inspired by the secular music she was doing and wanted to perform a worship song…apparently, the Lord wanted her to as well.

It was after she’d submitted her song choices for the Top 40 show—all secular songs—that her boyfriend encouraged her to sing a Christian song on the Hawaii stage. Although it was technically too late to make a change, the show producers contacted her, informing her that the choices she provided were overused, and that they needed her to give them other options. She provided them with three worship options, including Break Every Chain. Despite the producers’ consistent requests that she do a secular song, she boldly informed them that she would be singing Break Every Chain.

Although her performance inspired the other contestants and the beachfront audience, it did not sway the judges to move Camryn forward in the competition. She was—and is—confident that she did the right thing, standing firm in the direction she felt led to go. Her song revealed who she is and what she wants for her future. It just wasn’t, ironically, what the show was looking for in an idol.

Since being on the show, Camryn’s relationship with Lord has continued to grow deeper and she has become more rooted in her calling to lead others in worship. She is incredibly grateful for the American Idol opportunity, which has given her a platform to share the Truth of the Gospel and encourage others. Currently, through the COVID-19 quarantine, Camryn is writing more music and engaging with her social media followers by posting her at-home performances. She’s not a big fan of social media, in general, but recognizes that there aren’t a lot of positive role models for girls her age on social apps. So, maximizing this moment in the spotlight, she is using Instagram more regularly to inspire young girls, helping to embolden them in their Christian walk. 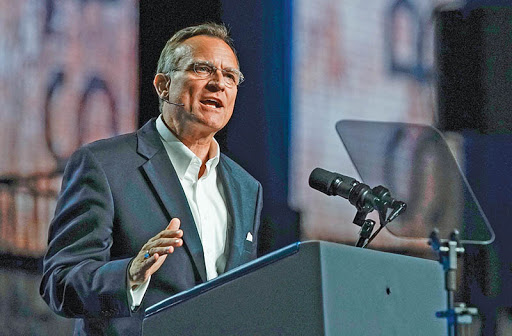 Dr. Kie Bowman on the Importance of the Resurrection