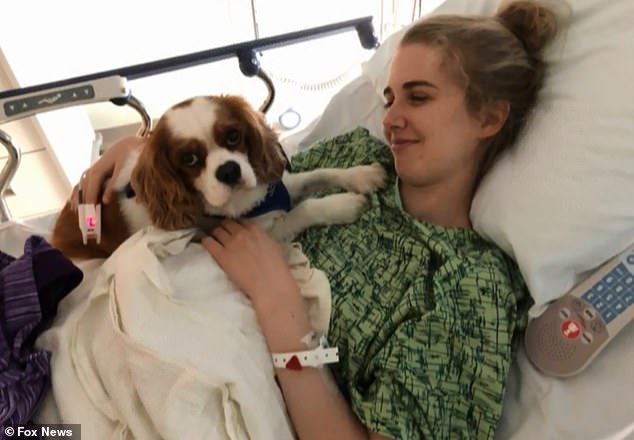 Few can forget the heart-rending story of 11-month-old Charlie Gard paradoxically teetering between the beginning and end of life—only to have his own country declare “it would be cruel and inhumane to force Charlie to suffer through further treatments that will not help him.”[1]

And so he died—never getting the right to try a possibly life-saving treatment because he lived in Britain and not America.[2]

Two years later, #IAmCharlieGard may have stopped trending on Twitter. But if socialism wins in 2020, I could be the next Charlie Gard.

And so could you.

For years, the radical left has been winning the argument that because death ends suffering, it’s the only compassionate option for those fighting terminal illnesses. In fact, Right to Die advocates have even labeled physician-assisted suicide legislation as Death With Dignity[3]—somehow implying that those who choose to fight for the right to life are undignified at best and masochistic at worst.

And I should know. Because I’m fighting cancer. And I’m not choosing to suffer but rather choosing to fight like Job, not always understanding but believing “a person’s days are determined” (Job 14:5).

For too long pro-life advocates have neglected fighting just as hard for those at the end-of-life as the beginning-of-life. But we can no longer overlook the horrors to come if we allow the government to takeover healthcare and decide who lives or dies.

Did you know that some doctors prescribe pentobarbital to the terminally ill, which is the same life-ending drug used on Death Row?

“Just before he died, Michael Lee Wilson said he could feel his whole body burning as the drug meant to kill him coursed through his veins. Death penalty opponents point to his final words when they argue that lethal injection drugs are inhumane and can cause gruesome, unimaginable suffering.”[4]

But what’s “Inhumane” for murderers is somehow “dignified” for the terminally ill, and encouraging some aid-in-dying doctors to simply advocate for better life-ending drugs:

“There’s lots of data on stuff that helps people live longer, but there’s very little data on how to kill people.”[5]

Thankfully, under this Administration, Donald Trump is not investing in researching life-ending drugs but rather potentially life-saving cures. At long last we finally have the first alternative to Death With Dignity—the Right to Try, which is empowering “over 1 million Americans who die from a terminal illness every year a new tool to fight and make potentially lifesaving decisions about their treatment.”[6] In the words of HHS Secretary Alex Azar:

“HHS has never fought more fiercely to protect life at all stages, from conception until natural death. That is thanks, above all, to the work of President Trump, the most pro-life President in American history.”[7]

And President Trump isn’t stopping there:

“We will achieve new breakthroughs in science and medicine…I see what they are doing…There’s never been anything like it. We will be ending the AIDS epidemic shortly in America, and curing childhood cancer.”[8]

But if pro-life advocates do not fight alongside the President, none of this will happen under socialized medicine.

[3] Take action in your state. (2019, December 9). Retrieved from https://www.deathwithdignity.org/take-action/

[4] Leonard, K. (2015, October 16). Drug used in ‘Death with Dignity’ Is the same used in executions. Retrieved from https://www.usnews.com/news/articles/2015/10/16/drug-shortage-creates-hurdle-for-death-with-dignity-movement

[5] Dear, J. (2019, January 22). The doctors who invented a new way to help people die: The two lethal medications used by terminal patients who wish to end their own life recently became unavailable or prohibitively expensive. Retrieved from https://www.theatlantic.com/health/archive/2019/01/medical-aid-in-dying-medications/580591/

[6] President Donald J. Trump to sign Right to Try legislation fulfilling the promise he made to expand healthcare options for terminal Americans. (2018, May 30). Retrieved from https://www.whitehouse.gov/briefings-statements/president-donald-j-trump-sign-right-try-legislation-fulfilling-promise-made-expand-healthcare-options-terminal-americans/